What’s the story behind the story? What inspired you to write Don’t Judge a Book by Its Hover?

After years of writing YA and romance, I had a blast writing the first few books in my debut paranormal cozy mystery series, A Spooky Games Club Mystery. The “hook” in that one is that the witches and other paranormal beings are part of a games club and the murders are tied to different kind of games each book. I wanted to keep writing that series but also expand my reach in the paranormal cozy mystery genre, so I came up with another witchy mystery hook. Because of COVID, I’ve missed attending conventions, so I thought I would write about them instead. The witches in these books host conventions for all sorts of interests—books in the first installment—and solve murder mysteries that take place while the conventions are going on. (They can’t cancel the conventions despite the murders because of the giant magic cauldron beneath the convention center feeding off of the happy energy of the congoers.)

If you had to pick theme songs for the main characters of Don’t Judge a Book by Its Hover, what would they be?

Nimue, my career-driven witch who also loves to relax at home and read, might like the Beatles’ A Hard Day’s Night. Her rival warlock, the dual-personality Soren Southern with a sad past, might like Green Day’s Boulevard of Broken Dreams. And Nimue’s familiar, a miniature dragon named Gowdie, is a bit full of himself because so many congoers like petting him, so he would like Sabrina Carpenter’s Looking at Me.

I’m also an indie books editor, and my last read was by one of my clients, Daria White—the upcoming second book in her A Bianca Wallace Mystery series. If I were to write a short blurb, it’d be something like:

Single mother graphic designer Bianca thought her days of danger were behind her, but as the small town of Edenville readies itself for a fashion show attracting top talent, danger has a way of finding Bianca. A model drops dead on the runway, and Bianca is determined to find out why. If only her crush, handsome Detective Sims, would stop getting so irritated about the amateur sleuth meddling with his investigation, Bianca could stop a killer before they strike again. Good thing the two of them have chemistry and a shared passion for keeping their town safe.

Probably YA fantasy. I’ve written a few, but I definitely think cozy mysteries are more fun to write and I enjoy reading those, too.

Do you have any quirky writing habits? Where did you write Don’t Judge a Book by Its Hover?

I write while wearing a neck brace, wrist brace, and arthritis gloves before any of my joints even hurt—because I failed to wear those when writing in the past and boy, did I start to ache! I wrote this book at home on my recliner, on a word processor not connected to the Internet (no distractions!) hanging off a lap desk I keep inclined against my raised knees. Pretty weird, I know. I don’t feel like the stereotypical writer with a mystique about her.

Write often, but don’t stress yourself by telling yourself you have to write every single day. Breaks are as important as writing sessions. You need to recharge your mind and take the time to just brainstorm away from rigid expectations. 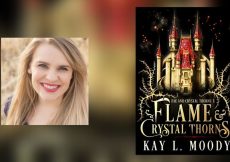 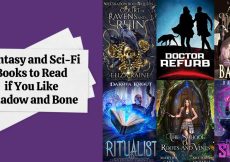 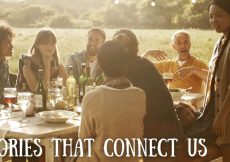 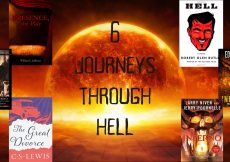 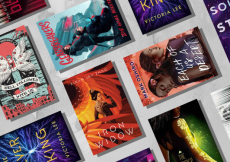 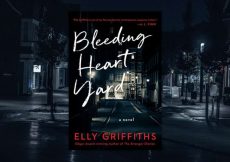