What’s the story behind the story? What inspired you to write The Rise of the Raidin?

I always loved fantasy stories when I was a kid. The concept of worlds just beyond our vision fascinated me. I was in middle school when the first inklings of The Rise of the Raidin started to form, and I can recall wondering what it might be like to have wings. The idea of flying has been a deep-seeded daydream of mine and was one of the first solid things to take root for the world of The Rise of the Raidin. Couple that with the fact that dragons and mythical creatures have been among my favorite things since young adulthood, I began to ask myself the question of what a half-dragon person would be, and what sort of abilities they might have. I kept the idea of the story to myself until after I graduated from high school when one of my brothers managed to drag the concept out of me. He proceeded to act like a nagging cheerleader until I wrote the first (terribly crummy) draft of Rise.

If you woke up in the world of The Rise of the Raidin, what is the first thing you would do?

Hug Archer and Blaze. Their canine and feline features came from the fact that I very much love wolves and big cats, and wish I could have a tiger snuggle with me. It’s either hugging the two grovix, or having a sing-along/dance party with Krelien just to see that goober in his element.

My favorite genre to read is epic fantasy. I love deep worlds with rich history, and the works of J.R.R. Tolkien and Naomi Novik are top of my list. My favorite (and presently only) genre that I write is young adult epic fantasy. The Rise of the Raidin is YA urban fantasy, as is the second book in the series. But the rest of the series is classified as YA epic fantasy, as it no longer takes place on Earth.

Quite selfishly, my own! Tilion—Agerius specifically—is the place I most yearn for. It’s the feeling of “missing somewhere that you’ve never been before” (to quote The Gray Havens) and is rooted in my bones. Sometimes I ache for this world that exists in my head and is adventured through on the page. The world is one I walk in my imagination and can imagine exploring the nooks and crannies of, but to actually physically walk in it? I think I’d die. Outside of Tilion, I’d love to visit Narnia. To visit Cair Paravel and stand before the Kings and Queens of Narnia. To have tea with Mr. Tumnus. To talk with Aslan. To practice sword fighting with Reepicheep (my favorite character next to Lucy). There’s so much of Narnia I love, even as an adult.

“Hate” is a strong word. I have to really dislike a book to apply “hate” to it. The book I had little expectation of loving was my introduction to Naomi Novik’s writing; Uprooted. First-person isn’t my favorite POV, and it’s certainly my least favorite to write in. When I started reading Uprooted after my sister-in-law gushed about Novik’s writing, I remember feeling really apathetic about it. But by the time I got to the second chapter, I found myself wildly intrigued and wanted to keep gorging myself on the world within the pages. It’s a tad sad that Novik creates these fantastic worlds with these great characters and routinely lets them be stand-alone stories. On one hand, I’m stupid impressed that she can do that. On the other, I’d love to know what would happen in a sequel to Uprooted! There are so many questions I have…

Seeing the story unfold! I often find myself surprised by what my characters do (outlines and I aren’t really friends). I am one-thousand percent invested in my characters, and their stories and relationships keep me coming back time and time again. My least favorite thing about writing is, quite honestly, that there’s never enough time for it. Even when I give myself a whole day to write, I’ll find myself angry that I have to sleep. There are so many stories I want to tell, and simply not enough hours in the day to get them all out of my head and onto the page.

What scene in The Rise of the Raidin was your favorite to write?

Oh goodness, that’s a tough one…
Rise holds scenes that were difficult for me to figure out, many that were fun to write, and several that required rewrites galore to get to the point they currently are. But my favorite to write? Probably the “final battle” scene. I enjoy writing the battles, as I get super into the action playing out in my noggin. They can be challenging to write, to determine the balance between choreographed action that gives the reader an idea of who’s where and how the fight is going, and not bog down the story with “play-by-play” action all the time. I tend to only focus on play-by-play when it’s important, like when Jen and Cregorous finally square off against one another.What scene in

C.S. Lewis once said, “If we find ourselves with a desire that nothing in this world can satisfy, the most probable explanation is that we were made for another world.” That quote has stuck with me since I was a young teenager. With my intense desire to fly and to see a world that simply cannot be seen in reality, I find myself agreeing wholeheartedly with Lewis’ conclusion. We were all made for another world, and our souls, I think, recognize that and yearn for the place we belong.

Book 2 of The Human-Born Era is next on the docket for publication. As for what my current and subsequent next writing projects are? The best way to describe them right now is to say they’re side stories of six other characters, and they run parallel with the timeline of The Rise of the Raidin. 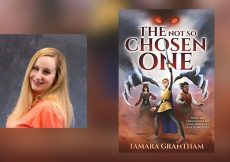 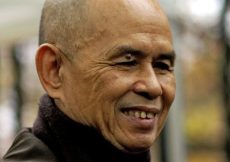 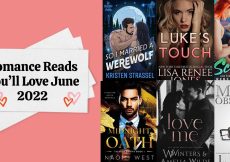 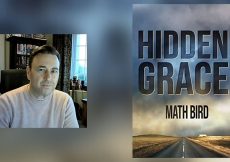 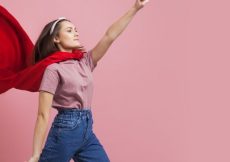