another beginning by Caitlin Blackburn

A book of poetry about someone who came out of total despair to discover the bliss of simply existing.

Grief and sorrow are feelings all too familiar in life, but everyone experiences them differently. While some find it easy to rise from the depths of despair, others trudge on for what seems like an eternity, struggling with depression and anxiety, battling against seemingly insurmountable odds.

Caitlin Blackburn addresses these issues in her debut book of poetry, another beginning (Antrim House). By taking readers on a journey through her own plummet into despair and eventual ascent into the light, Blackburn hopes to connect with those facing similar struggles, and give them hope for a brighter future.

The book is divided into two main sections, with “the parting” comprising the first half. This section starts with a short poem about the idea of time healing all wounds. Blackburn aptly points out the naivety of such a thought, pointing out that sitting back and letting time flow unimpeded did not heal her wounds, but eroded them.

Her poems go on to artfully portray a wide range of emotions common among those experiencing grief and depression.

She conveys feelings of worthlessness, regret and blame. Her poems also reveal the power of silence, feeling like you are unable to speak or even breathe, and how she finds writing a form of catharsis in these moments.

She also talks of disengaging from the world around her, pushing something out of her mind, burying herself and playing pretend — but she also fears this disconnection, afraid that she’ll die if nothing brings her back. However, the last poem in “the parting” section references the “peace that accompanies death,” marking perhaps a turning point in which the narrator will either die or, finally, rise into the light.

Fighting to Find the Light

The second half of the book — appropriately titled “the return” — references the book’s opening quote from Louise Glück: “whatever / returns from oblivion returns / to find a voice.” Within these poems, Blackburn learns to regain her lost voice as she rises out of that dark pit of despair and into “another season of new beginnings.” She discovers her own hidden strength and power and reveals all the lessons she learned along the way.

She discovers the power of loving oneself and the courage it takes to cry. My favorite quote from the book comes from the moment she realized how important it is to let other people in — “the moment i let someone touch my scars / was the moment they began to fade.”

After battling with depression for so long, Blackburn realizes she is worthy of kindness and deserves to rest. Nowadays, you often hear about people struggling with this exact issue, of feeling like they haven’t done enough and don’t deserve a break. Blackburn calls it a “quiet revolution” — the power of “closing the eyes / and letting it all go.”

She encourages the reader to hold onto life, because “there is so much more than this” — a world of endless possibilities and love without limit or expectations.

Blackburn’s poems can range in length and rhyme, but are generally short lyrics that pack a punch, which I found reminiscent of the work of Emily Dickinson. Most are delivered in the first person, revealing her own deep-seated emotions, but some are written in the second person, allowing the reader to feel as though Blackburn is talking directly to them.

There is also an abundance of nature references throughout the book. She refers to the depths of a cold winter and the promise of spring rebirth, even though “the thaw was slow / and painstaking.” In one poem, she says that she let nature show her the way toward healing as she observed “the richness radiating from that naked forest” and saw the heartbeat lingering underneath it all, waiting to spring forth anew.

Blackburn describes her time trudging through the murky depths of despair, but avoids directly revealing what put her there. Was it some traumatic event? Was it the aftermath of someone important betraying her or treating her wrong? Was it the effects of chronic depression or anxiety? We may never know, but this ambiguity works in her favor, allowing anyone to relate to her story by connecting emotionally to her experience.

I found true joy in reading another beginning and empathizing with someone who came out of total despair to discover the bliss of simply existing. To paraphrase her final poem: we exist as all things in nature exist — and that’s enough. Caitlin Blackburn is a Reiki Master/Teacher, poet, and licensed social worker from Niantic, Connecticut. Though she has been writing since she was a child, this is her first published body of work. Poetry has always served as a source of comfort and inspiration for her, and her hope is that this collection will offer that to others. 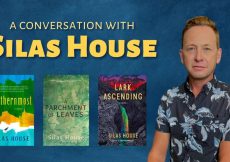 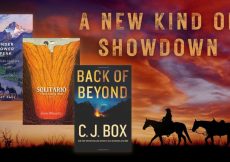 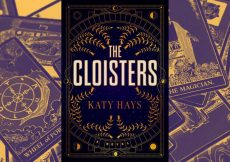 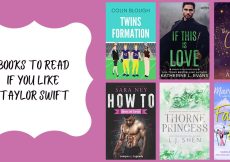 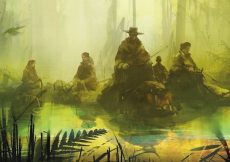