Before I Let Go by Kennedy Ryan

Ms. Ryan’s novel introduces us to Yasmen and Josiah Wade, a couple that has been divorced for two years, but each is still very much in the other’s lives.

When I saw the cover for Kennedy Ryan’s newest novel Before I Let Go (Forever), I thought two things: first, I wondered if she was expanding into women’s fiction, and second, that it had been a long time since I’d been to a party (more on that later).

But above all, knowing Kennedy Ryan’s track record for making you cry with her books, I had a box of tissues at the ready, just in case reading this caught me on a rare emotionally hormonal day. And while she’s still writing romance, Before I Let Go is as much of an emotional journey as any women’s fiction novel.

Ms. Ryan’s novel introduces us to Yasmen and Josiah Wade, a couple that has been divorced for two years, but each is still very much in the other’s lives. Josiah lives two only two streets over from their dream home where Yasmen resides with their two kids: thirteen-year-old Deja and 10-year-old Kassim.

Josiah and Yasmen are both still active partners in the business they co-founded. But they separately deal with the grief and loss that tore them apart.

Yasmen is dealing with it by going to therapy, getting new friends she met at yoga, and now that some time has passed, getting back to the community activities she used to do. Josiah has compartmentalized his grief and is working to move on and away from Yasmen. But something just won’t let him.

DON’T READ THIS BOOK WHILE HUNGRY

The Wades’ business is a restaurant called Grits, and when they opened it, Josiah’s Aunt Byrd wore the chef’s hat. The descriptions of food and the recipes she left behind will make your mouth water when you read them. Not to mention, Yasmen’s mother Carole’s cooking, Grits’ new chef Vashti’s ribs and oven-fried chicken, or even the Blaxican food truck’s collard green quesadillas — which cause Yasmen’s friend Hendrix to threaten bodily harm if anyone makes her miss them.

All the various dishes described in the novel make you want to pull up a chair to whatever table they’re at and fill your plate. Ms. Ryan even includes some recipes for the most notable ones. I’m going to try my hand at the limoncello pound cake (which is really my excuse to drink some limoncello).

Ryan’s portrayal of how this Black family deals with grief is one that should be acknowledged and applauded for normalizing therapy. While American society as a whole has various conflicting opinions about mental health and the treatment of mental health conditions, the Black community especially struggles with sitting down in the therapist’s chair.

After all, Black people have had a history of medical exploitation, manipulation, and mistrust to deal with. Therapy is not something we readily accept as healing.

The Wade family obviously needs therapy, but each member is on their own journey to accept psychological help. Showing those journeys from dealing with grief and loss, to seeking help, to accepting it, is not only quintessential women’s fiction — it’s what we need to see.

Though there are some cultural and societal struggles, there are also some good times, too. If you’re of a certain age, and you had as much fun in undergrad as I did, chances are you’ve been to a party where they were playing Frankie Beverly and Maze’s hit “Before I Let Go.” It’s one of those songs where everyone gets out on the dance floor, regardless of dancing ability or whether they have a partner, and just has fun.

While that was not a scene here, that thread of fun and lightheartedness is woven throughout the novel — from the jokes about Carole’s cleaning and cooking chitterlings to Hendrix’s … well, to Hendrix being Hendrix.

The thread is universal throughout all cultures — a familiar celebration, an exciting appreciation of how you grew up and the values imbued in you — and is represented here in Southern Black American culture. For me, it was like being wrapped in a warm blanket you’ve had since childhood — it coats you with nostalgia and hugs you with laughter.

These feelings are welcome respites that get you through the heart-wrenching moments as these characters relive their losses in order to move past them, and what buoy you as Josiah and Yasmen struggle with their post-divorce-but-very-much-in-love angst.

Ms. Ryan also brings out all the fun romance tropes (well, not all of them) when telling Josiah and Yasmen’s story. Romance readers who crave the forced proximity, love triangle (or is it a square? You’ve got to read to find out), and second chance tropes will have an abundance of scenes to indulge in them.

But if you’ve ever read a Kennedy Ryan novel, expect prose that almost reads like poetry, as her main characters fall in love, out of love, and reminisce about love. This combination of fun tropes and emotive prose is what keeps readers immersed in the protagonists’ love story and rooting for their happily ever after. 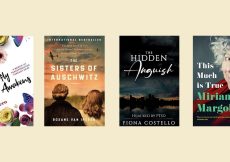 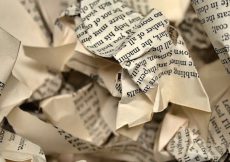 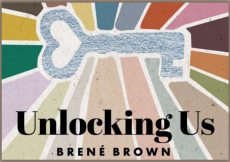 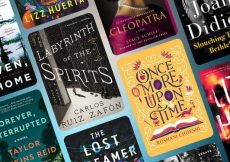 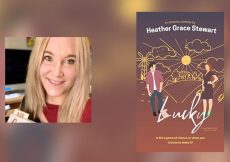 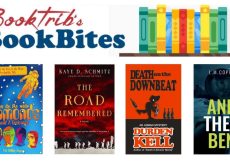