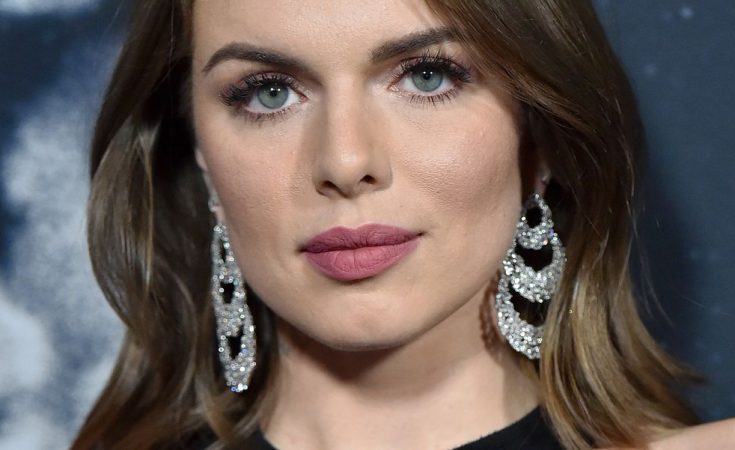 Julia Fox has held many roles throughout her life: fashion designer, actress, photographer, painter, dominatrix. Now, she’s making headlines for her whirlwind romance with Kanye West, nearly a year after his former spouse Kim Kardashian filed for divorce. According to a recent story Fox wrote for Interview, she met West in Miami this New Year’s Eve and felt an “instant connection” with the rapper and designer. (The two were spotted at Carbone in Miami shortly after.) They then flew back to New York City to see Slave Play and went to Carbone’s New York City location, where the two staged a photo shoot amongst the restaurant’s patrons, before West presented Fox with a hotel suite filled with clothes. “It was every girl’s dream come true,” Fox wrote in Interview. “Everything with us has been so organic. I don’t know where things are headed but if this is any indication of the future I’m loving the ride.”

However, this moment in the spotlight is but a brief glimpse at Fox, who’s been called a “downtown Manhattan persona” and “a fixture of the New York City club scene” and had her breakout moment in 2019 when she co-starred alongside Adam Sandler in the film Uncut Gems. Find out more about the multi-hyphenate, below:

Fox is a tried-and-true New Yorker.

While Fox was originally born in Milan, Italy, she moved to New York City as a kid to live with her father on the Upper East Side. She spent her teen years in NYC’s club scene and survived an overdose at 17. “It’s kind of a miracle that I’m OK because a lot of the people I grew up with aren’t doing so well,” she told The Hollywood Reporter. “They’re still on drugs or in jail. A lot of them died.” Per the outlet, Fox also got into sex work in high school, working as a dominatrix. “I had heard about another girl who was doing it and that there was no sex and no nudity,” she said. “It was all role-playing…I did it, and it was great. I really credit it when people ask me, ‘Oh, have you ever acted before?’’’

She’s had careers as a designer, model, and artist.

Beyond her role in Uncut Gems, Fox has dabbled in a number of other creative mediums: She and her friend Briana Andalore launched the knitwear line Franziska Fox, which has been worn by celebrities like Lindsay Lohan and Iggy Azalea; she modeled for Playboy in 2015; she wrote and directed a short film about child sex trafficking called Fantasy Girls; and she’s published two books of photography called PTSD and Symptomatic of a relationship gone sour: Heartburn/Nausea, which she described to Dazed as being about “heartbreak and abusive, dysfunctional, codependent relationships.” According to HuffPost, Fox also created a multimedia exhibition called “R.I.P. Julia Fox,” which included paintings made from her own blood on silk. Hollywood Reporter described the two books and the exhibition as providing “intimate, unflinching looks at drug use, domestic violence, sex, mental illness and dominatrix work.” Fox told the outlet, “You have to use your pain as your gift. If you’re able to take something really negative and repackage it as something positive, you’ve nailed it.”

She was hand-picked for her role in Uncut Gems.

The role of Julia, Adam Sandler’s mistress who works in a jewelry showroom, was both written (and named) for Fox. A longtime friend of Josh Safdie, one half of the brother-duo who directed Uncut Gems, Fox told ELLE.com in 2019, “When Josh met me he was like, it has to be her.” Fox received widespread praise for her performance, which also happened to be her first onscreen role, and earned a Gotham Award nomination for Breakthrough Actor.

Fox has a son with her ex, Peter Artemiev.

The actress married private pilot Peter Artemiev in 2018, though the two are now separated. Fox gave birth to their son, Valentino, on Jan. 17, 2021. In an Instagram caption about the birth, she called it the “best day of my life.” 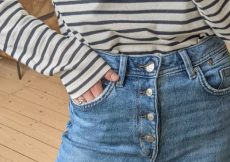 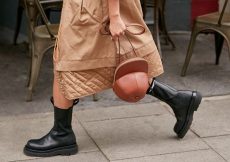 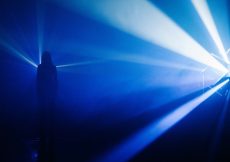 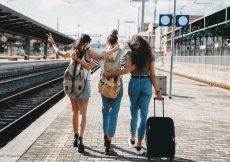 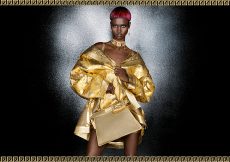 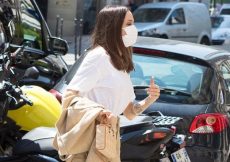