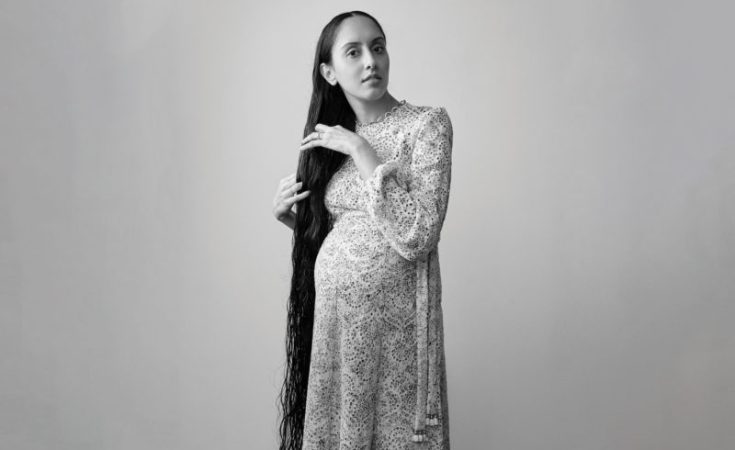 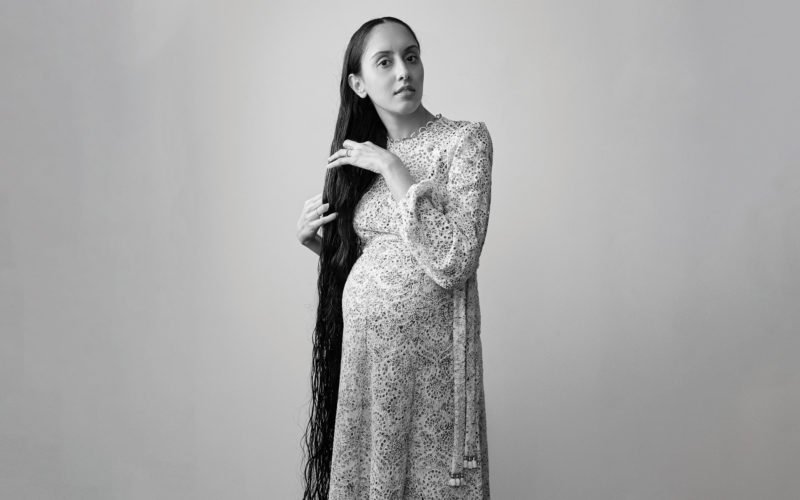 “My hair is my biggest confidante.”

For a Sikh, hair is considered sacred and one of five physical religious symbols. Others include a stainless steel bracelet called a kara, which represents infinite love and equality, and a kanga, a comb that is carried to represent good hygiene. Once baptized — in a ceremony known as Amrit Sanskar, which can take place at whatever age one feels ready to fully commit to one’s faith — Sikhs believe in letting their hair grow out of respect for God.

While hair is certainly associated with a sense of pride for a Sikh, it’s also believed that keeping it uncut and uncoloured is part of leading a humble life. To protect their ever-growing strands, men often choose to wear turbans. Women are welcome to wear them as well, but it’s much less common. Here, two Canadians shed light on their daily connection with their growing hair. 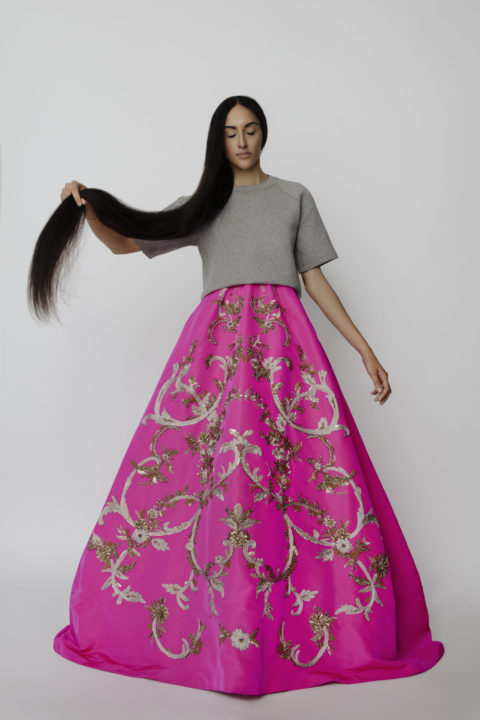 Gurpreet Ahluwalia says that she can count on one hand the number of times she has gotten a trim in her 36 years. And it shows: The Sikh Toronto-based wife and mother’s hair falls all the way down to her knees. “I haven’t taken my Amrit yet, but I’m on that path,” she says.

Although she has yet to be baptized, leaving her strands in their natural state is a custom that Ahluwalia grew up with. “My parents kept my hair long and untouched,” she says. “I was kind of a tomboy growing up, so leaving it uncut didn’t really bother me.” Ahluwalia, who has a background in fashion marketing, didn’t realize how dramatic the length looked until she was in high school. “It wasn’t that I had to keep my hair uncut, but I was worried about disappointing my parents if I didn’t. I dabbled with trimming it, but it was always under the pretense that it would make my hair healthier,” says the Parsons The New School graduate, who has worked for both Holt Renfrew and Saks Fifth Avenue.

Ahluwalia’s long hair obviously requires extra care. The weight doesn’t bother her, but she braids it from top to bottom before bed to keep it in place and simply twists it into a bun for day-to-day wear. “My daily hair routine is simple, but I do consider it spiritual,” she says. “Just brushing my hair is a daily reminder that I’m working on connecting to a feeling of oneness and universal energy.” She used to shampoo it every day (like with many faiths, cleanliness is associated with godliness in Sikhism), but after suffering considerable breakage postpartum, she cut back to twice a week. One thing that has helped with the quality of her hair after giving birth is returning to the practice of oiling, a traditional Indian custom. “I hadn’t oiled my hair since I was young, but I’ve found it has really helped improve its strength,” says Ahluwalia.

As she’s gotten older, Ahluwalia has not only come to appreciate the spiritual significance of leaving her locks uncut but also forged an emotional attachment to them through her commitment to her cultural identity. “I have a career in fashion, so I have a lot of vanities, but my hair isn’t one of them,” she says, laughing. “Hair isn’t just physical for me; my hair is my biggest confidante. We’re in it together, for everything.” 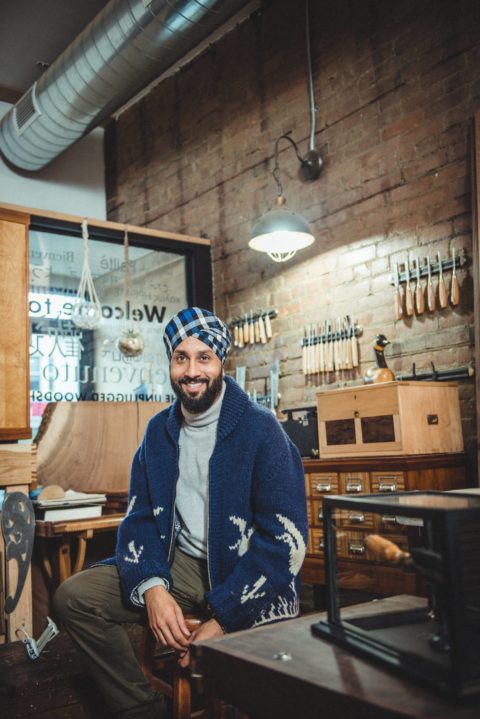 Rup Magon finds himself talking about his turban all the time. “It’s the first thing people see even before they see me,” he says. The Toronto-based singer-songwriter wears his turban out of a sense of cultural identity. “I’m proud to be Sikh, but I can’t say that I’m particularly religious,” says the co-lead of Josh — a fusion band that has been on the South Asian music scene for 20 years. “It’s interesting how the turban automatically gets connected to religion. Many cultures have been wearing the turban for centuries. I wear mine as a way of preserving my own.”

While most first-generation Sikhs in Canada come from Punjab, India, Magon’s parents — both practising Sikhs —  were born in Nairobi, Kenya, and immigrated to Saskatoon in the late ’60s. Magon himself was born in Montreal and grew up in the ’80s getting regular haircuts. “I was 10 years old and going to a French school when I decided to grow my hair long and wear a turban,” he says. “I have always been someone who likes to do things off the beaten path, and connecting to my family’s culture was, in a way, uncharted territory for me.”

Making the lifestyle change definitely turned out to be a bit of a culture shock. The singer, who became the first Sikh to be a lead on a Canadian comedy series — Decoys, on CBC Gem — says he went from having a typical haircut to going into Grade 5 with a patka (a bandana teenage Sikh boys usually wear in place of a turban). “You can imagine that wearing a patka in 1980s French Canada would be brutal,” he says. However, Magon says that while his cousins, who went to nearby schools, experienced having their patkas ripped off, he was fortunate that he didn’t encounter any overt racism despite being one of two visibly Sikh students in his school.

Tying his turban every morning has become second nature for Magon. However, he notes, Sikh men who wear turbans on a regular basis often suffer from alopecia, a type of hair loss, at some point in their lives. “Having your hair tightly wound into a bun or joora every day for years or decades is definitely hard on the hair, but we consider it a noble commitment and sacrifice,” he says.

Magon says that for the most part, he has more of a relationship with his turban than the length of his hair. “I’m proud that we live in a time where the turban is becoming more celebrated, especially in our broader Canadian culture,” he says. “More high-profile Sikhs are showing themselves as cool, fashionable guys who honour their heritage with their turbans — each in his own way. It’s not ‘Oh, we wear a turban and we do all these other things.’ We’re people first. I’m Rup, and I happen to wear a turban.” 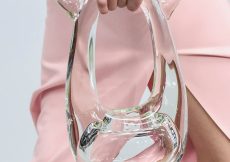 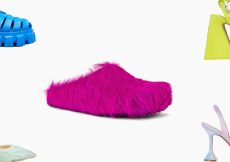 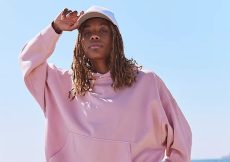 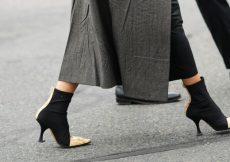 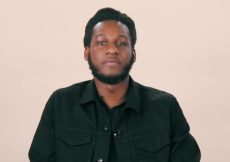 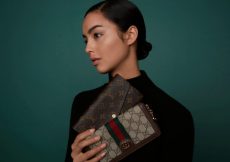