Is Camila Cabello is ready to hash out her feelings in a breakup song?

The singer teased her upcoming single Bam Bam featuring Ed Sheeran in a new TikTok on Sunday and the lyrics seem to address her split with Shawn Mendes — with some shocking details!!

While she’s yet to admit whether or not the tune is actually about her ex-beau, the few lyrics that fans have heard so far make it pretty obvious who she’s talking about! She muses in the teaser:

“You said you hated the ocean but you’re surfin’ now.”

Fans were quick to point out that the Canadian once told Jimmy Fallon that his “biggest fear is deep water,” yet he was flaunting his hot bod in sexy surfing photos just days after he and Cabello announced their breakup in November. We’re sure you remember the photos in question — it would be hard to forget those thirst traps!! — but take a look (below):

The references didn’t stop there. The 24-year-old then sings about a recent real estate deal, continuing:

“I said I’d love you for life but I just sold our house.”

It’s true though! The Havana vocalist sold her Los Angeles residence for $4.3 million in December. Then, to confirm listeners’ suspicions even more, the Cinderella lead added:

“We were kids at the start, I guess we’re grown ups now.”

While that lyric could be referring to just about anyone, it does perfectly sum up Camila and Shawn’s relationship history. As their biggest fans know, they first met as teenagers while on tour in 2014. They quickly formed a professional relationship together by releasing their track I Know What You Did Last Summer. Romance rumors soured over the years, but it wasn’t until their duet Señorita in 2019 that things really heated up.

Related: Did Kim Kardashian Give Pete Davidson A HICKEY Before This Photo?!

The Fifth Harmony alum later told Ellen DeGeneres that she’d always had feelings for the guitar player, but it took a while for either of them to open up. She said during a 2019 appearance on the daytime show:

“We were stupid. I think we both had a crush but we were, like, I don’t know, being babies about it. But we’re grown now.”

From the moment they coupled up, things seemed to take off! We mean, they were about the only two people who managed to fall more in love with each other during quarantine. Shawn’s album Wonder was proof of that! But sadly, things came to a halt late last year when they announced:

“Hey guys, we’ve decided to end our romantic relationship but our love for one another as humans is stronger than ever. We started out relationship as best friends and will continue to be best friends.”

They’ve yet to go into much more detail about why they didn’t work as a couple, but the Summer Of Love crooner’s latest single It’ll Be Okay did reveal that it was an emotional but mutual ending. In the slow ballad, he sings:

“I start to imagine a world where we don’t collide. It’s making me sick, but we’ll heal and the sun will rise. If you tell me you’re leaving, I’ll make it easy. It’ll be okay. If we can’t stop the bleeding, we don’t have to fix it. We don’t have to stay. I will love you either way.”

The teaser to Camila’s upcoming song, which will drop on Friday, ended on a note similarly accepting of the new normal — though maybe a bit less nostalgic about it:

“Couldn’t ever imagine even having doubts, but not everything works out. Now I’m out dancing with strangers. You could be casually dating. Damn it’s all changing so fast. Así es la vida si.”

Translated, that final line means: “That’s life.” Sums up the situation quite well! Ch-ch-check out the full TikTok (below)!

All that in the teaser!! We can’t wait to see what the whole song reveals!

Thoughts?! Do you think this song is about Shawn? 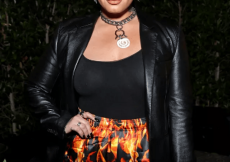 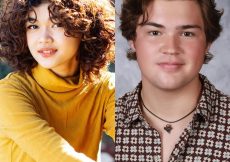 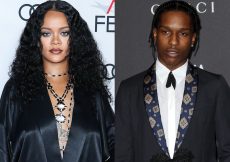 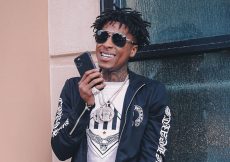 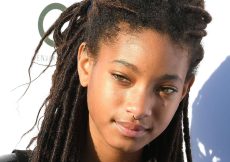