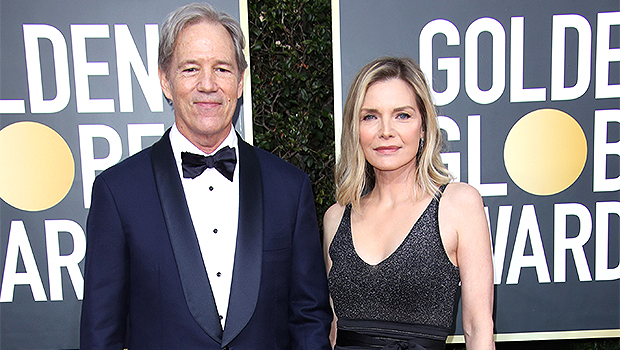 Michelle Pfeiffer has been married to her TV producer hubby for 28 years! Before David E. Kelley, she was married one other time. Find out more about the star’s husband and ex here!

Michelle Pfeiffer is a Hollywood icon! The 63-year-old movie star has oozed glamour and glitz since she started turning heads as a beauty pageant winner in Southern California. After agents quickly took notice of the blonde bombshell, Michelle was cast in Grease 2, where she  showcased both her acting and singing talents. But it was her breakout role in 1983’s Scarface as gangster girlfriend Elvira Hancock opposite Al Pacino that really put her on the map. After huge box office hits like The Witches of Eastwick, Michelle would go on to earn back-to-back Academy Award nominations for Dangerous Liaisons and The Fabulous Baker Boys. 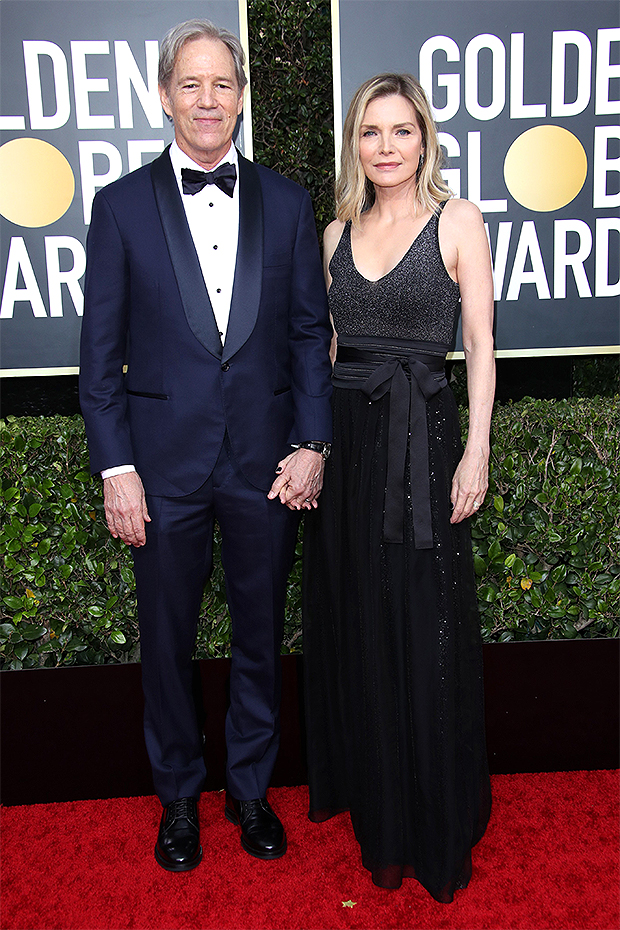 Alongside her success in Tinseltown, Michelle found a winning streak with her husband David E. Kelley. The actress has been married to the TV producer/ writer for 28 years! Before David, she had one other husband, ex Peter Horton. Find out more about David and Peter here!

Michelle met her first husband, Peter, in an acting class in Los Angeles. They were married in a small wedding in Santa Monica in 1981, just months before she found out she won the lead role in Grease 2. Peter himself would find parts in St. Elsewhere, Eight is Enough and Dallas. He had some luck on the big screen too, starring in the Stephen King adaptation of Children of the Corn, alongside a young Linda Hamilton. His breakthrough came when he was cast in the popular TV drama Thirtysomething in 1987. 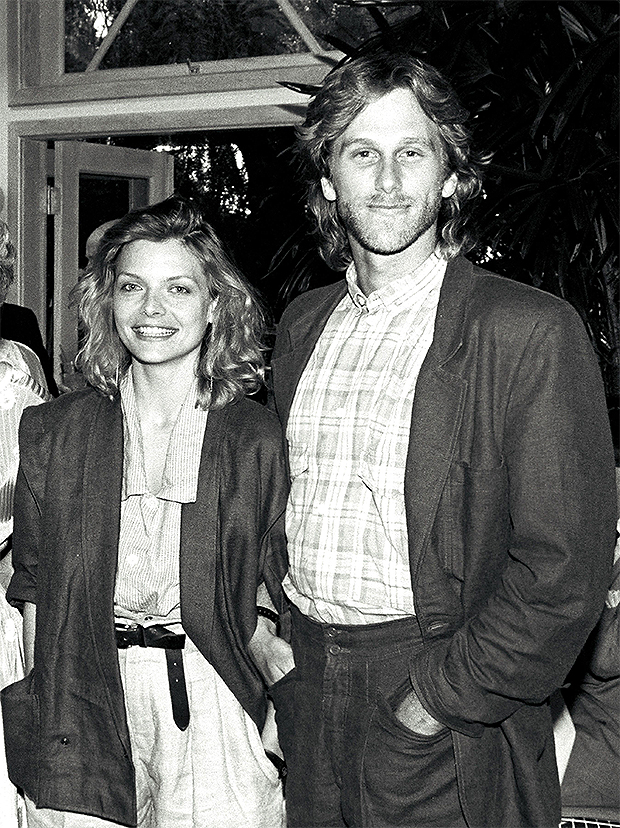 Michelle Pfeiffer and Peter Horton at the ‘Last Romantic’ screening in Los Angeles in 1985. (Shutterstock)

The couple would even work together when Peter directed her in a 1985 made-for-TV movie called One Too Many, where she played the high school girlfriend of an alcoholic jock. Aside from helping guide her career, Michelle also credits Peter for “saving” her from a “breatharianism” cult, which believed humans could live as plants on air and sunlight alone, per her 2013 interview with The Sunday Telegraph. Peter was doing research at the time on a movie about another alleged cult, the Moonies, when the couple began discussing her experiences. “We were talking with an ex-Moonie and he was describing the psychological manipulation, and I just clicked,” she told the outlet. “I was in one.”

The pair would eventually split in 1988. “I married Peter at a very young age,” Michelle told Parade in 2012, revealing why the marriage failed. “I’m not the same person I was then. I forget I was even married before.” Peter has gone on to have success directing several TV shows like The Wonder Years and producing such hits as Grey’s Anatomy.

Eight months after Michelle adopted her daughter, Claudia Rose, she walked down the aisle with David in 1993. Claudia was even christened at the wedding! While Michelle is incredibly talented in front of the camera, her better half is no slouch behind it, as he has 11 Emmy Awards to prove it. The uber TV producer and creator has lent his magic touch to such hit series as L.A. Law, The Practice, Ally McBeal and Chicago Hope. More recently he has produced Pretty Little Lies, Goliath and Nine Perfect Strangers. 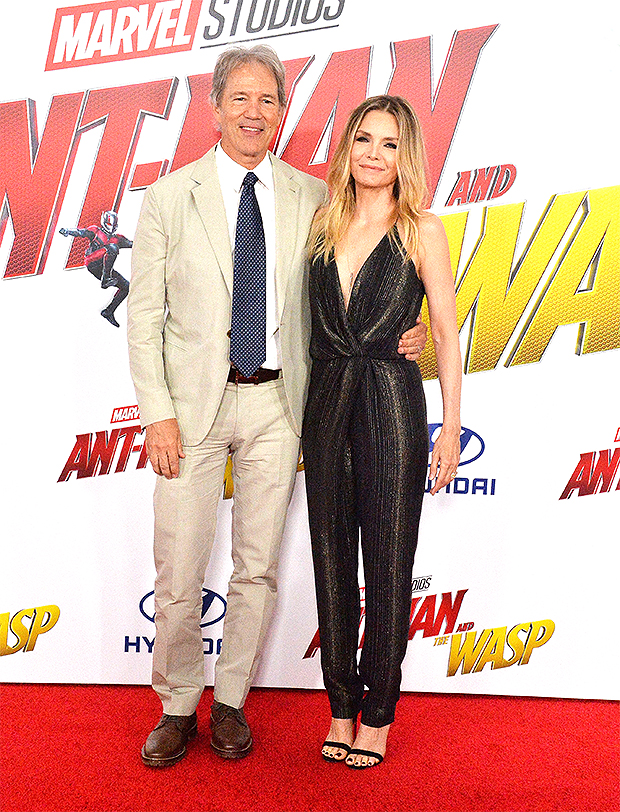 David and Michelle attend the premiere of “Ant-Man and the Wasp” in Los Angeles in 2018. (Shutterstock)

Michelle appeared adamant about not mixing her personal life with her professional one on her second go at marriage. “I’ve seen a lot of couples where they seem to have a really great marriage, and then they work together and next year they’re filing for divorce,” she told The New Yorker. She and David did try their hand at one project together, however, when he wrote the adapted screenplay form1996’s To Gillian on Her 37th Birthday, which starred Michelle alongside Peter Gallagher.

In August 1994, Michelle and David welcomed son, John Henry. The actress has publicly gushed about David being an incredible father to both John and Claudia. “I chose really well with David. I got really lucky,” she told Parade. And the pair are still going strong. In 2020, Michele shared a heartfelt Instagram post to mark her anniversary with the Big Little Lies producer. “My one and only for 27 years. Happy Anniversary to my love @davidekelleyproductions,” she wrote. 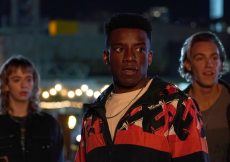 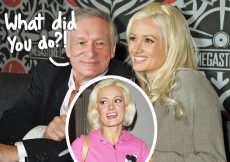 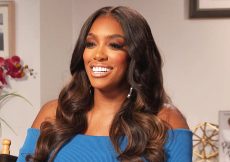 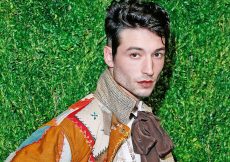 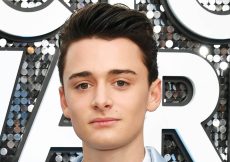 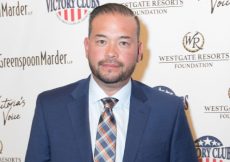