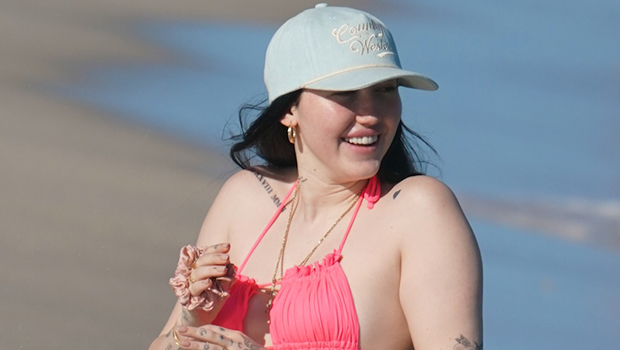 Noah Cyrus was bikini-bod ready on a recent trip to Miami Beach, playing and laughing with friends in the waves as she showed off her stellar figure.

Sun’s out buns out! Noah Cyrus, 21, showed off her goods on a recent trip in Miami Beach with pals, sporting a peachy pink bikini as she played in the waves. The singer and actress wore the skimpy, string bikini and a light blue baseball cap with white writing as she enjoyed her time on the beach, laughing as she enjoyed the tropical locale on a nice holiday break. 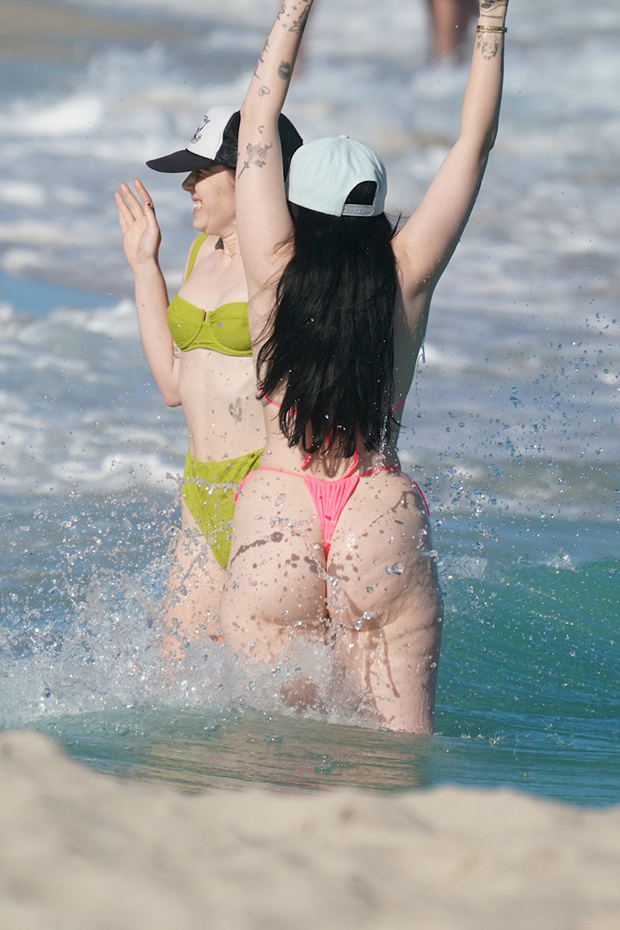 Noah Cyrus plays in the ocean in Miami (SplashNews).

Other shots of the actress showed off her whole look, showcasing the front of the bikini which featured a ruffled appearance in the front and a cut-out in the middle. Noah also accessorized her look with a gold chain necklace and small gold hoop earrings, laughing and being all smiles as she soaked up the sun. Miley Cyrus‘s younger sister also put all of her numerous tattoos on display, showing off the text across her right shoulder and the various ink designs up and down her arms. 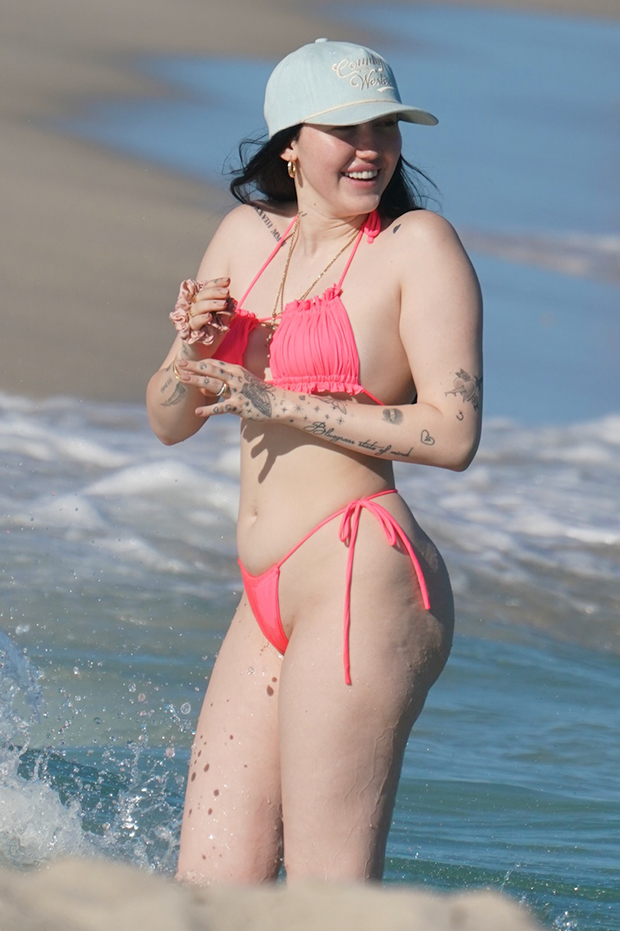 Noah was clearly loving the down time she could enjoy with her pals after starring in American Horror Stories, which premiered over the summer. Noah actually appeared in the two-part finale of the spinoff for American Horror Story, and she said the entire experience was “surreal.” The series, which was the third installment of the American Story media franchise, included cast members from the original show as well as newcomers like Noah.

“I can’t even believe I’m looking at my name in this font…I was on tour with my sister, and we’d lay in the back of the bus watching Asylum, and it pulled me in immediately,” Noah said on Instagram after it was announced that she landed a role in the spinoff series.

The young actress added that she watched the full series “more than any show, any movie, and probably more than any song [she’s] ever listened to,” she continued, “There’s episodes I can recite and say the lines word-for-word with the characters.” 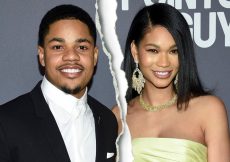 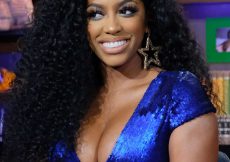 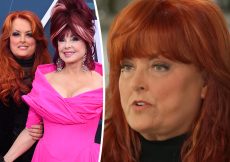 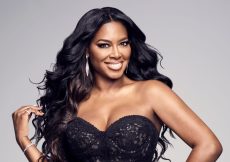 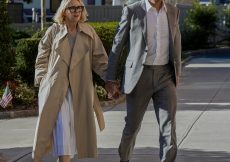 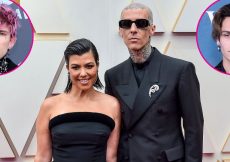 Cardi B & Family Mark Thanksgiving With Halloween Throwback As