Not a fan! Kanye West is “not happy” with his estranged wife, Kim Kardashian, spending so much time with Pete Davidson amid their divorce, a source exclusively tells Us Weekly.

The Keeping Up With the Kardashians alum, 41, and the comedian, 27, were first romantically linked last month when they were spotted hanging out at Knott’s Berry Farm in California on October 29. Their first kiss, however, came while Kardashian was hosting Saturday Night Live on October 9.

West, for his part, was “front and center” in the audience when the KKW Beauty founder planted a smooch on Davidson during a Jasmine and Aladdin sketch, the insider explains.

While the Yeezy designer, 44, is “trying to stay upbeat and move on with his life” following the awkward SNL moment — and Kardashian’s subsequent rumored romance with Davidson — the source tells Us that West is “hurting.”

The “Jesus Walks” rapper and the Skims creator were married for six years before Kardashian filed for divorce in February. The pair share four children: North, 8, Saint, 5, Chicago, 3, and Psalm, 2.

Despite West’s negative feelings about Kardashian being spotted with Davidson, he is “very grateful” for his estranged spouse and all her help with his Donda album, the source says.

Personal feelings aside, the “Off the Grid” musician “wants to stay on good terms” with the mother of his children, the insider explains, noting that “the kids and peace in the long term is his priority.”

In addition to publicly supporting West at his Donda listening parties in the summer, Kardashian praised her estranged husband last month, giving insight into their relationship post-split.

“Kanye will always be the most inspirational person to me,” she told the Wall Street Journal in an article published on October 25, adding that West still works with her on some of her business ventures.

Us confirmed in October that Kardashian paid West $23 million for his share of the Hidden Hills, California, home they purchased together in 2014.

While the former couple appeared to be working toward ironing out their assets and divorce details over the past few months, West claimed on Friday, November 5, that he has “never” seen “the papers.”

Kardashian, however, continues to spark relationship speculation with the King of Staten Island star, stepping out for dinner with Davidson in his native Staten Island earlier this month. One day later, the twosome enjoyed a meal with friends at Zero Bond in Manhattan.

A source previously told Us that sparks began to fly between Kardashian and Davidson while she was on SNL. “He was a true professional the whole time they rehearsed and in between takes, but afterward things got flirty,” the insider told Us in November, noting the stand-up asked for the California native’s number that evening. 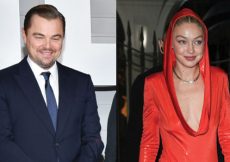 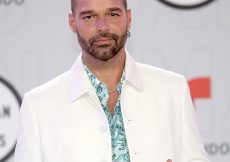 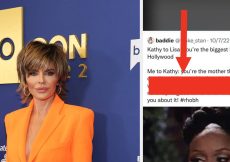