A Wounded Fawn, the newest film from director Travis Stevens (Girl on the Third Floor and Jakob’s Wife) adds to the resurgence of ‘70s nostalgia filmmaking and creates something that will surely stand out from the rest. It descends into terrifying chaos steered by an impressive acting duo.

The film premiered at Tribeca Film Festival to acclaim and also played at Fantastic Fest, and will be premiering exclusively on Shudder on December 1. Meredith (Sarah Lind: Jakob’s Wife,Wolfcop) is a museum curator trying to reenter the dating pool after an abusive relationship. She runs into Bruce (Josh Ruben: Scare Me, College Humor), a sweet but offputting man who invites her on a date to his secluded cabin. Little does she realize that this man is actually a mentally ill serial killer with his eyes on her as his next victim.

The film opens with an art auction around a recently found Greek statue depicting a man being attacked by gods for his evildoing, shaping the premise of the film.

Effectively cut into two parts, the first half of this film focuses on what you would expect with a serial killer luring a new female victim to his cabin in the woods, bearing many similarities to a film like Fresh. The second half turns into something else, surprisingly morphing into a different film that becomes far more sinister. Some of the eerie cinematography of “A Wounded Fawn” – Photo Credit: Peter Mamontoff/Shudder

Style and color are a big highlight, especially since it merges the art world with Greek mythology, creating shots that could be paintings themselves and a production design that goes beyond the often drab look of modern horror films. Some creature designs from “A Wounded Fawn” – Photo Credit: Shudder

The special effects work adds to the impressive look of the film. Many of them are practical and heavily featured; there’s a good amount of blood spilling in this cabin. There are also imaginative creature designs similar to Donnie Darko. The creatures didn’t always work for me, but their bold designs and uniqueness are extraordinary.

The acting in this film is a standout. The two main actors, Ruben and Lind, have a great dynamic: they have very little chemistry with each other, capturing the feeling of being stuck on a first date with someone who doesn’t click. The story is seen from both of their sides in different but sympathetic ways. Knowing Ruben previously, it was difficult for me to see him in the role of a psychologically-damaged, violent man; he usually plays a goofy character. But, in this film, his psycho side sometimes unsettled me. Lind comes off as a yearning, hopefully romantic, and also confident, surefooted woman, perhaps influenced by her love of art. In particular, her love of the famous hardcore performance artist and author Marina Abramovic.

The film also stars Malin Barr (Honeydew, The Beta Test) in a role that, while small, is impactful. The film definitely touches on aspects that some might consider feminist, although considering it was written and directed by men, it does come off as a little simplistic — but hey, I’ll take it.

As Lind is an actress around 40 (although you would never know it looking at her flawless face), the film explores the themes of how difficult it is for older women to date, and broadly how dangerous it is for women of all ages in the same situation. The film in some ways could be viewed as a female revenge flick, particularly in the Greek mythology sense.

The dreamlike atmosphere of this film is aided by really fun camera work and editing that seems to have a lot of intention behind it, and some eerie sound design.

A Wounded Fawn isn’t perfect, but it was highly original and engaging for its runtime. It elevates the basic premise of a psychotic male killer by using surreal, and psychological elements. I can definitely see the last half being divisive, but those who are into chaotic and trippy horror films might enjoy A Wounded Fawn, streaming on Shudder now. 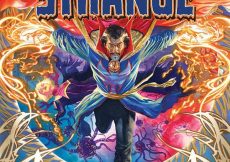 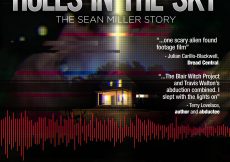 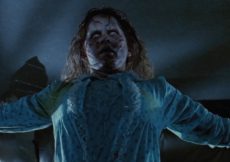 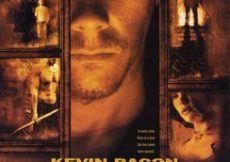 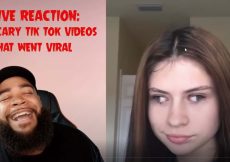