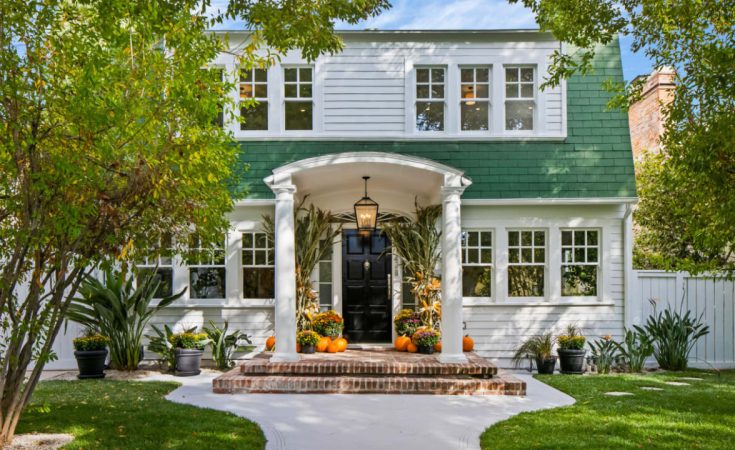 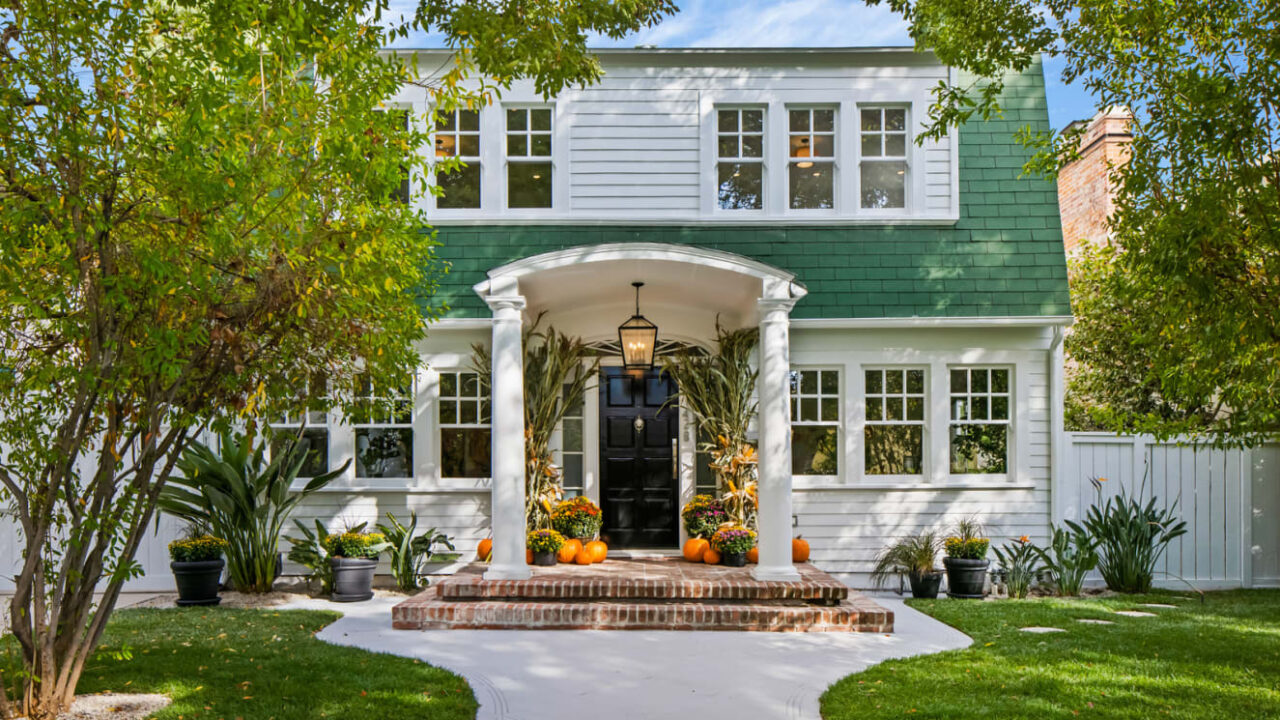 The iconic home has had quite a history in Hollywood. 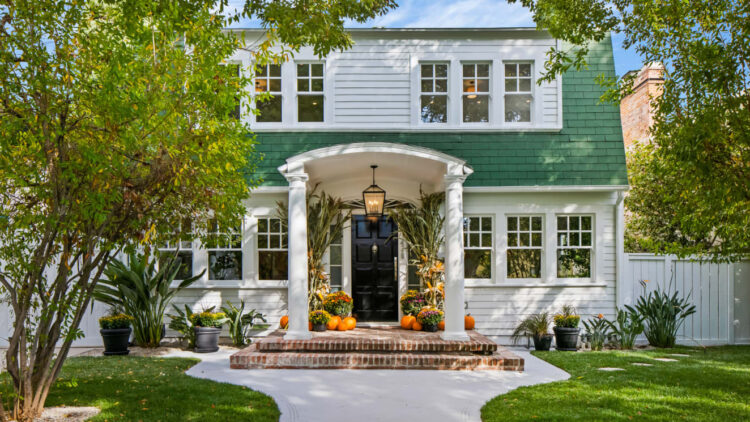 Horror Reel Estate takes a look at the infamous locations found in some of your favorite horror movies, old and new. It serves as a handy real estate guide, a crash course in architecture, and a one-stop reference for interesting facts about these now-iconic landmarks. Even if you’re not quite ready to make an offer, these places will always take up valuable space within the confines of our cherished movie memories.

Kicking down the door first, today’s Horror Reel Estate entry takes a tour of the original Elm Street house. Located at the fictional address of 1428 Elm Street in Springfield, Ohio, in actuality, the property can be found at 1428 North Genesee Avenue in Los Angeles, California. Most horror fans already know that. Many of us have taken our own pilgrimage out to the home to pose outside its instantly recognizable entryway.

Just before Halloween of this year, the Elm Street house was suddenly in the spotlight again when the property came back onto the housing market for a stately $3.2 million. As you may recall from recent reports, Hustlers director Lorene Scafaria is the current owner. She purchased the home back in 2013 for $2.1 million. All offers had to be in by midnight on October 31st. But apparently, Nancy Thompson’s high school home isn’t in escrow just yet.

Also Read: The House From ‘A Nightmare On Elm Street’ Is Now Back On The Market

No official news about a new buyer has been reported so far. However, TMZ caught up with Robert Englund at LAX airport the other day. They asked the original Freddy Krueger who he thought should be the new owners. “Maybe Jason or Pinhead,” Englund told cameras. “Keep it in the family.” Although some scenes in Freddy’s Revenge were filmed on Genesee Avenue, Englund and actress Heather Langenkamp only filmed scenes in one of the upstairs bedrooms that doubled for Nancy’s room. Still, Englund has maintained a strong attachment to the property. If the house is ever featured on a makeover show, he suggested “Real Housewives of Hell” as a possible title. 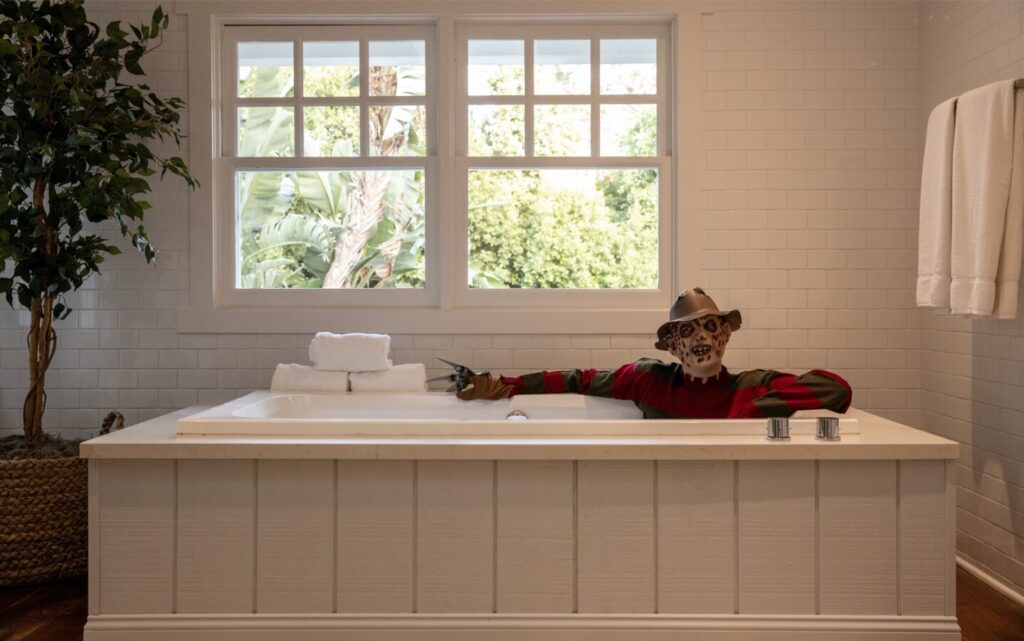 The original dream master was nowhere to be found during the open house. But property agents Heather Roy and Learka Bosnak did have their own Freddy posing for photos in the newly remodeled bathtub. While the original Dutch Colonial facade has been faithfully restored, the entire property has been completely redone. The main house is listed as a 3-bedroom, 3.5-bathroom, 2-story with a separate guest house nestled in the backyard. Lined with walnut floors leading to “a grand primary suite” with “multiple work-from-home options,” the new and improved Elm Street house is repped by the L.A. property gurus over at Douglas Elliman. Its 2,700 square feet of ideal indoor-outdoor Cali living has now been on the market for sixteen days. The entire property comes in at approximately 6,752-square-feet and even has a solar-heated pool.

Related: ‘A Nightmare On Elm Street’ House Now Revealed As Setting For ‘Bo Burnham: Inside’

Now that there’s a Whole Foods and an Orangetheory in the historic neighborhood of Spaulding Square, the entire area probably looks a lot different than it did back when Englund would park out front of the house to go and pay his union fees for the Screen Actors Guild. Today, it’s about a twelve-minute drive on Fairfax from 1428 N. Genesee to the SAG-AFTRA headquarters on Wilshire Boulevard.

The original Dutch Colonial house was built in 1919 during a massive boom of residential development once all of the major motion picture companies made the move out west from New York to Hollywood. Named after California architect Albert Starr Spaulding, the eight-block area where 1428 N. Genesee Avenue resides was a big part of that history. According to an article about L.A. architecture from Ruby Home, most of the early homeowners there were silent film stars and directors. Spaulding’s big construction boom between 1916 and 1926 came to a screeching halt when the stock market crashed in 1929. 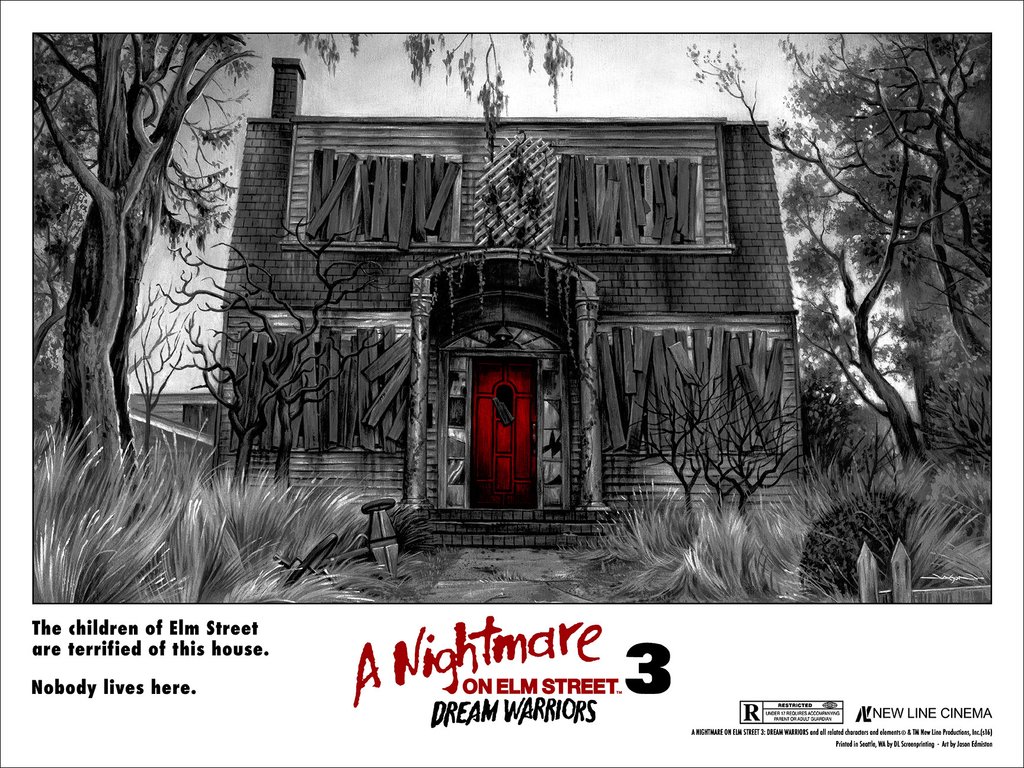 For any Elm Street kids that pulled up to the property for a picture prior to the mid-2000s, you were probably a little sad seeing how dilapidated the grounds had become. Strangely during that time, the exterior began to resemble the wholly condemned and abandoned look that haunted Kristen Parker in A Nightmare on Elm Street 3: Dream Warriors. That version of the Elm Street house became iconic as well and maybe just as ingrained in the imaginations of horror fans as the blue-doored home in the original.

Are you happy that the Elm Street house is still up for grabs, at least for now? Let me know on Twitter via DrewSTinnin. You can also let your voice be heard in the comments below or on Facebook, Twitter, or Instagram! Dread Central is now on Google News! 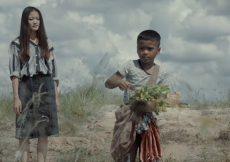 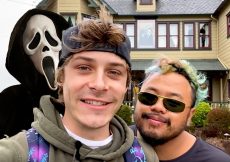 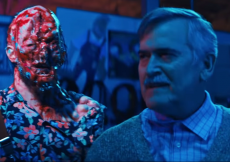 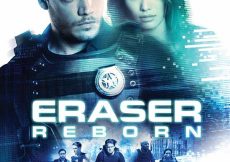 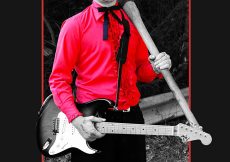 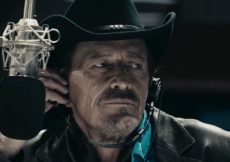