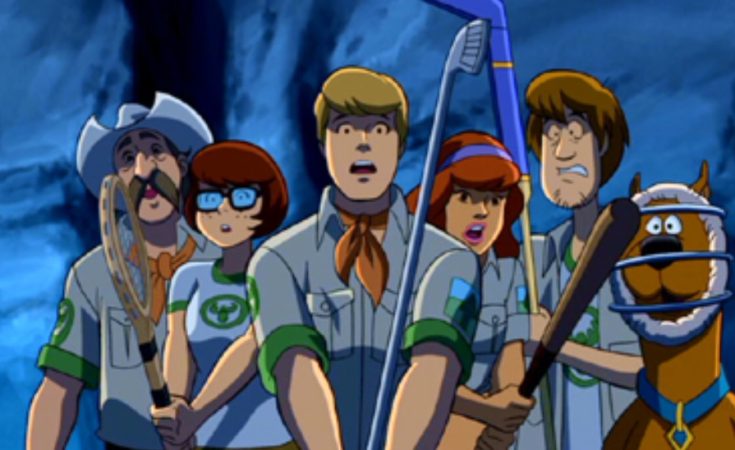 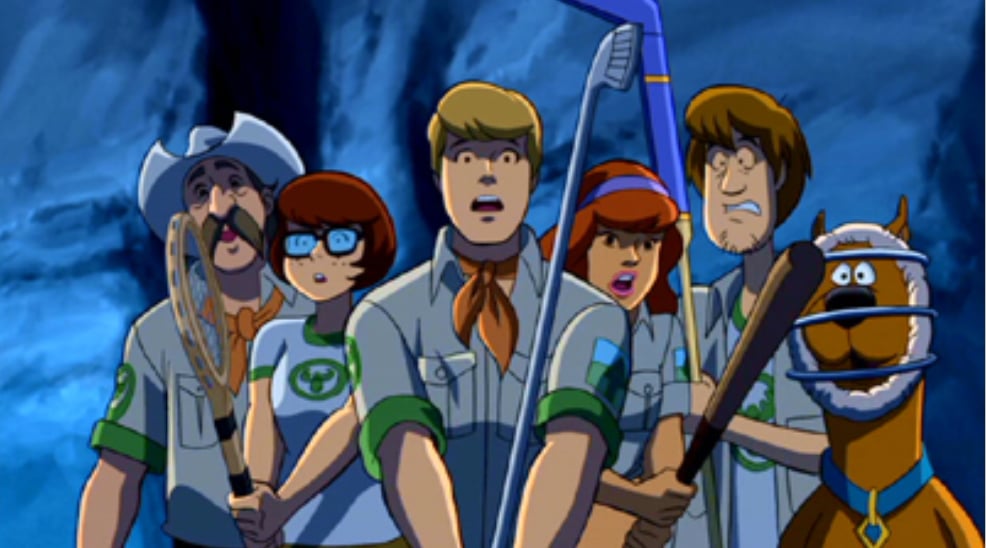 Each of these animated adventures stands out from the pack. 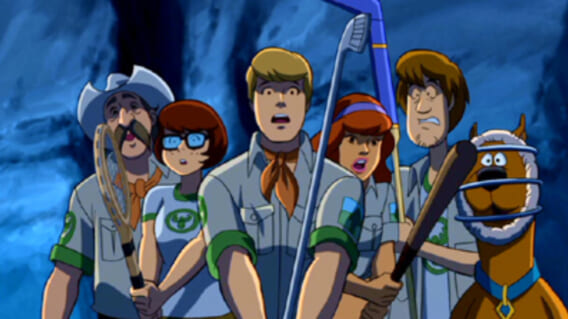 Like so many horror fans, my interest in the macabre was fueled by the animated adventures of a talking Great Dane and his mystery-loving pals. It doesn’t matter whether you grew up in the ‘70s, the ‘00s, or somewhere in between. The enduring legacy of Scooby-Doo has lived on for generations and shows no signs of slowing down. In fact, the animated property has even inspired a couple of live action films, the first of which is observing a release date anniversary this week.

Whether or not you are a fan of the live-action adaptation, it’s hard not to love the animated adventures of the Mystery Inc gang. While not all of the animated outings are entirely noteworthy, there are several worthwhile cinematic cartoon capers featuring Scooby and friends.

A few of the made-for-television films struck just the right balance of nostalgia and atmosphere and served up a fun viewing experience likely to appeal to kids of all ages.  So, read on for five animated Scooby Doo films that are surprisingly enjoyable.

This flick has become the gold standard by which all future animated Scooby-Doo films will be measured. An entire generation of ‘90s kids grew up digging this movie. And for good reason. It breaks from tradition and introduces real monsters paired with a genuinely spooky storyline. After years of (almost) always revealing the culprit to be a human in disguise, this flick bucks tradition and delivers scares that aren’t later proven to be smoke and mirrors. Additionally, Zombie Island also breaks from more formulaic narrative constructs and serves up some surprising twists on the way to its denouement.

Zombie Island finds a twenty-something Daphne fed up with the realization that the monsters the gang encounters never prove to be real. So, when the lifelong friends head to Moonscar Island, they are shocked to learn that the supernatural phenomenon rumored to plague the locale may be the real deal.

If all of that wasn’t enough to sell you on the merits of Zombie Island, allow me to tempt you with the knowledge that the picture features the vocal talents of genre icons Adrienne Barbeau and Mark Hamill. 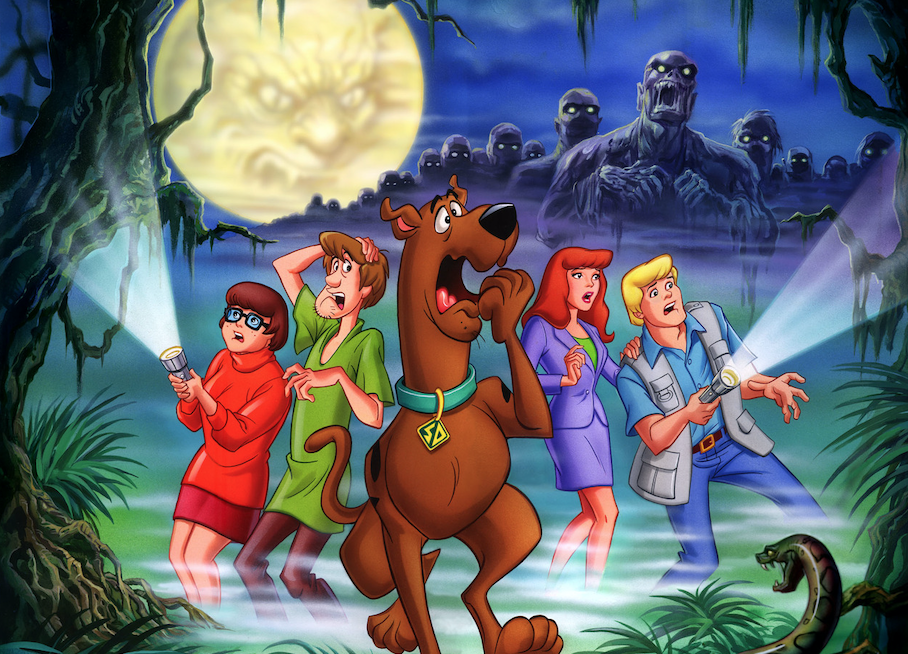 Scooby-Doo and the Cyber Chase

This animated feature is a bit far-fetched. But one must allow some leeway when it comes to a franchise that sees a talking dog helping his youthful friends solve mysteries. This offering features an imaginative premise that puts a meta spin on the tried-and-true formula the Scooby-Doo movies typically follow.

The Cyber Chase sees the pals accidentally transported into a computer game featuring antagonists inspired by the gang’s past cases. From there, the friends must beat each level of the game to escape the virtual world and return to their lives.

This effort offers some neat touches. For instance, while in the game, the gang must hunt for Scooby Snacks and pilot a moon rover painted to look like The Mystery Machine. The Cyber Chase is certainly silly but it is different from just about every other Scooby-Doo film and it hits a lot of nostalgia sweet spots. 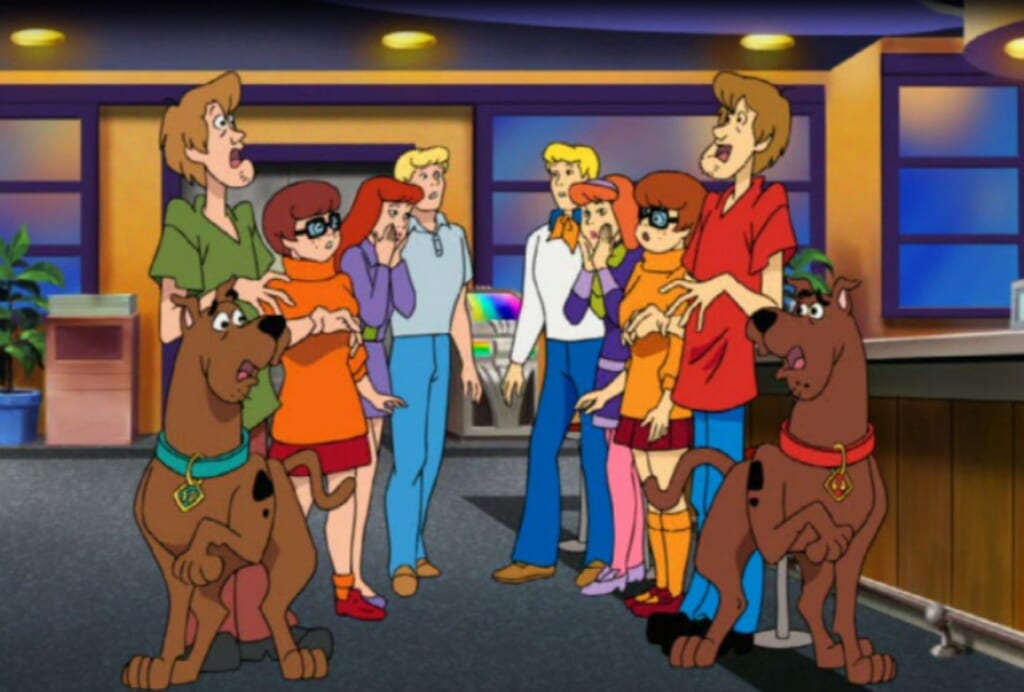 Scooby-Doo and the Witch’s Ghost

Next to Zombie Island, this has to be the most beloved film featuring the Mystery Inc gang. Like Zombie Island, this animated effort pits the gang against real supernatural creatures. This time around, the pals cross paths with a horror author (voiced by Tim Curry) whose late ancestor was a malevolent and powerful witch.

This animated feature serves up a somewhat unexpected twist that melds the monster-of-the-week approach with the introduction of actual supernatural beings.

The Witch’s Ghost is also noteworthy for introducing fan favorite characters, The Hex Girls. The Hex Girls are a musical group of eco goths with catchy tunes and killer style. Since arriving on the scene, the ladies have gone on to appear in other Scooby-Doo films, as well as the fantastic animated series: Scooby-Doo! Mystery Incorporated. 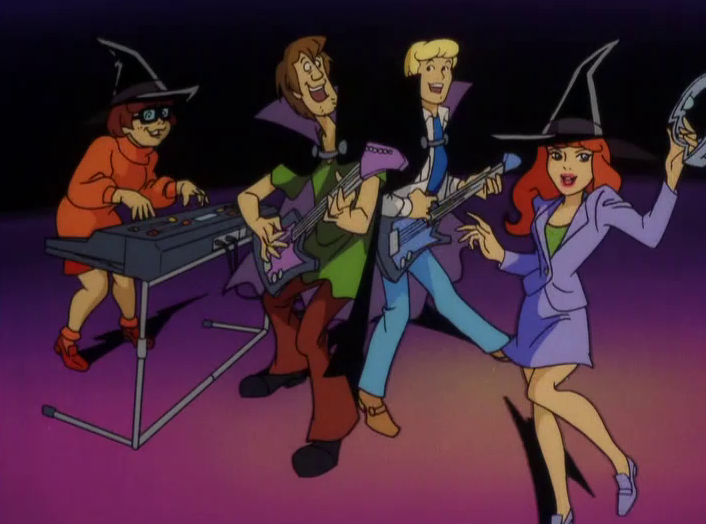 This 1987 effort plays out a bit like a feature-length adaptation of one of the vintage Scooby-Doo cartoons but with the absence of Fred, Daphne, and Velma. It maintains the look and feel of the original series Scooby-Doo, Where Are You? and it features original voice actors Don Messick and Casey Kasem as Scooby and Shaggy, respectively.

Scooby-Doo Meets the Boo Brothers sees Shaggy and Scooby, and (unfortunately) Scrappy traveling to the estate of a late uncle to collect an inheritance. But complications arise when Shaggy’s uncle’s home appears to be haunted.

This outing does use the tried-and-true monster of the week template but manages to offer a couple of distractions and a twist that (while a bit of a cheat) should be satisfying enough to anyone just looking for a fun time.

Moreover, The Boo Brothers (a trio of ghosts that make their living exterminating other ghosts) make for a fun addition to the proceedings and help make up for the absence of the rest of the crew. 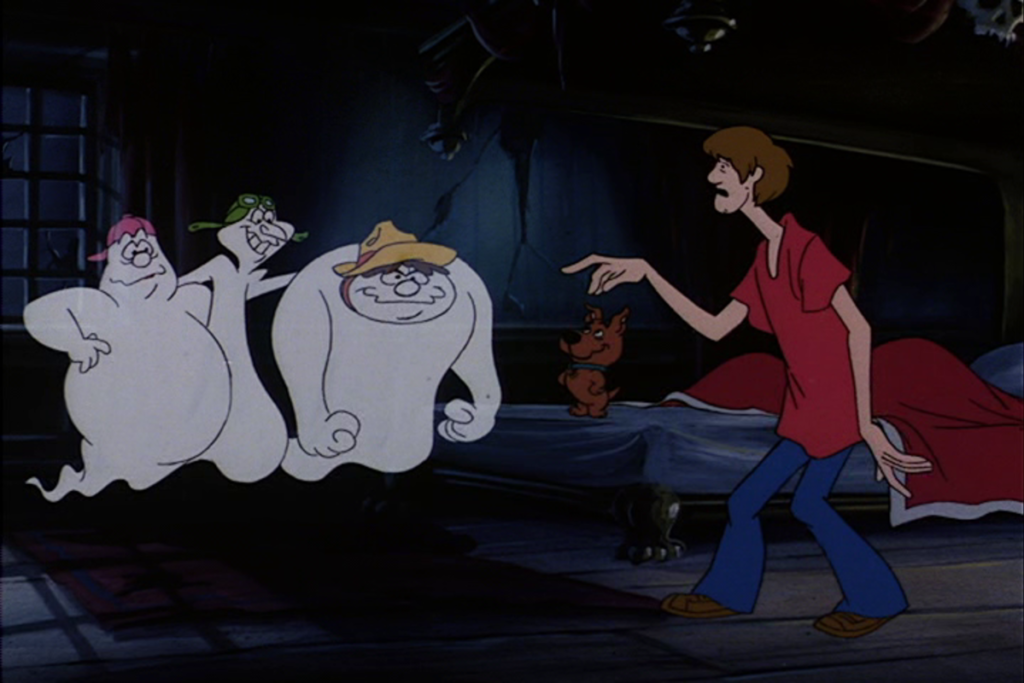 This feature-length film has a great sense of humor and the storyline, while formulaic, is still entertaining. Moreover, the unmasking of the culprit stands as one of the more unexpected reveals in the gang’s filmography.

Camp Scare follows Scooby and the gang as they prepare to serve as camp counselors. But the friends quickly find themselves entrenched in a mystery regarding a series of monstrous creatures and a hidden fortune.

This cinematic offering has rightfully developed a bit of a cult fan base. But it remains far less celebrated than Zombie Island or The Witch’s Ghost. So, if you have yet to seek this animated effort out, I would encourage you to give it a look. 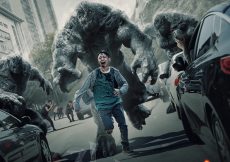 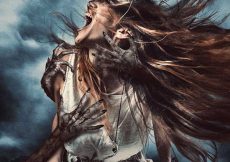 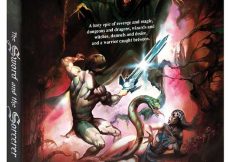 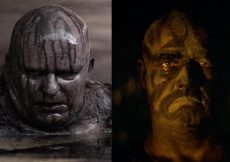 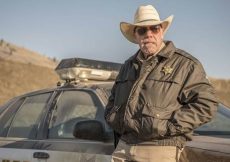 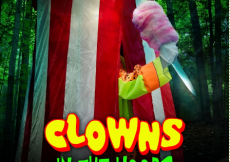