Could it be that Halloween actor Tony Moran was edited out of the franchise’s newest sequel? In the original Halloween, directed by John Carpenter and released in 1978, Moran appeared briefly in the movie as Michael Myers when the killer is unmasked by Laurie Strode (Jamie Lee Curtis) in a closet. Meanwhile, Nick Castle played the role in the other scenes when Michael is wearing his mask.

When director David Gordon Green teamed up with Blumhouse to make a direct sequel to Halloween in 2018, Castle was brought back for a special cameo, appearing under the mask as Michael Myers at one point during the movie. It’s been well established by the trailers that Halloween Kills brings back even more original stars to join Nick Castle and Jamie Lee Curtis, including Kyle Richards as Lindsey Wallace, Charles Cyphers as Sheriff Brackett, and Nancy Stephens as Marion Chambers.

Because we’ll be discussing details about things that happen in Halloween Kills, be aware that there will be some spoilers as we move on. At one point, it was looking like Tony Moran was going to be making a surprise appearance in the new sequel, perhaps in a manner similar to Nick Castle in the 2018 movie. He has been advertising this rumored cameo at horror convention appearances with the Halloween Kills logo clearly seen on the banner at his signing booth. Tony Moran also personally claimed that he would in fact appear in the movie, though he admits the negotiations weren’t exactly pleasant.

As Tony Moran explained in a video that found its way online, “[They told me], ‘It’s going to be Halloween Kills, they want you to be in it… They just want to use your footage from [Halloween] 1 and put it in Halloween Kills.’ I’m like, ‘Alright, how much do they want to pay me?’ She goes, ‘Nothing.’ I go, ‘Well, what about a credit?’ She goes, ‘They don’t want to give you credit.’ Pardon my language, but I said, ‘No problem, just tell ’em to go f— off.'”

Moran also claimed that he got another call a couple of days later when he was informed that the producers had agreed to pay him, but again, they weren’t going to give him credit. This resulted in the same vulgar answer from Moran. The actor notes that “all you have to do with people in Hollywood is just b—- slap them a little bit” to get what you want, saying that the studio had ultimately conceded to not only pay him, but also give him a special thanks credit.

These comments can be heard at the end of the 26-minute video above, which also chronicles many of the controversial remarks Tony Moran has made at various convention appearances. We certainly can’t repeat many of the things he said here, but he also came under fire for some disparaging remarks he made about the Halloween fandom, along with other offensive comments. This resulted in some backlash in the horror community, especially with Halloween fans.

It’s obviously hard to say just how accurate Moran’s storytelling is concerning his Halloween Kills cameo, but if he was going to be in the movie, then plans have apparently changed. We can confirm after an early screening of Halloween Kills that there comes a moment that could have easily worked in a Tony Moran cameo, as a flashback scene recreates the famous unmasking moment from the original movie. It almost seems like we were meant to see Moran’s face digitally inserted into the scene as a throwback to the original scene, but this doesn’t happen, and Tony does not appear to be featured anywhere else in the sequel. It’s also of note, where the cameo looks to have perhaps been included, features a pretty quick and jarring cut away, as though the cameo were removed at the last minute.

This controversy with Tony Moran and Halloween dates back several months, and there has been plenty of time for Blumhouse and Universal to become aware of the situation. It’s also just as possible that the scene was cut as a result of the fan backlash surrounding Moran. In any case, it doesn’t seem that this cameo was meant to be. Perhaps the cameo never existed in the first place?

Since the controversy, Moran apologized in a video shared online by fellow Halloween franchise alum Danielle Harris, insisting that he loves his fans and feels “blessed” to have them. He explains that he was trying to make fun of himself for not knowing how important horror movies are, as they were frowned upon back in the late 70s, but says he’s now grateful to be a part of it. Moran also encourages people to watch the full Q&A he did rather than the “chopped-up video” which compiled his most offensive comments.

Don’t count on seeing Tony Moran, but you can watch Halloween Kills after a long wait this month. The movie will be released in theaters and on peacock on Oct. 15. 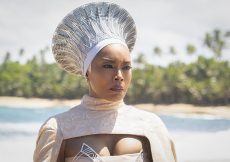 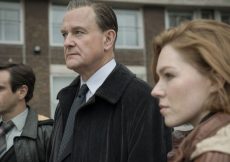 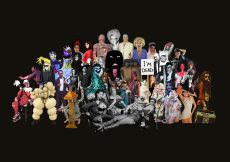 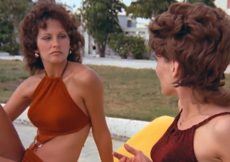 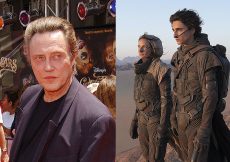 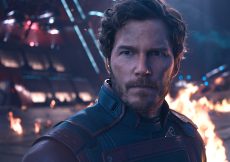