Grand Theft Auto III was released on October 22, 2001 and although it wasn’t the first game in the series, it was incredibly advanced and fresh at the time. It was the reason to buy a PlayStation 2 and the most engrossing game on the system as it was easy to lose many nights in Liberty City. The game’s impact was undeniable. A newly remastered version of the trilogy with updated controls is on the horizon and while 20-year-old games have a tendency to age poorly, GTAIII, for the most part, still holds up and is worth revisiting. For some players, the concept of actually doing the missions in a GTA game seems unthinkable when the ability to just drive around and cause mayhem is ever-present. There are a lot of people who have played this game and never finished the base storyline, much less the side missions. And that is a shame, given the story that is a little dated, but solid at its core.

Claude Speed, the silent protagonist, gets betrayed by his girlfriend while robbing a bank and gets dumped via gunshot, which is one hell of a way to break up. Luckily, his prison transport gets hijacked, giving him a second chance at being a real player in the game. He’ll have to work with several groups in the criminal underworld, rise through the ranks, and betray everyone to get what he wants, but it all leads to his old flame. It’s hard to compare GTAIII’s narrative to some more recent games, but the setup is fantastic and worth actually going through. And now that many players are much older, they may finally be able to appreciate Rockstar‘s storytelling prowess in GTAIII instead of just rushing to kill cops. There’s a lot of driving in GTA. But driving is also a great way to absorb the world, granted that there’s no timer ticking down or gang members on Claude’s tail. This isn’t the type of game where the driver needs to pay much attention to the traffic laws so as long as players avoid twisting too much metal, turning on some tunes and meditatively riding around still has its merits. It’s often monotonous in other open-world games, but GTA has always known how to create its own atmosphere through the radio and scenery. It may be slightly rudimentary by today’s standards, but that still applies to GTAIII.

Cars can also be used for mayhem. There are stunts jumps to perform, trains to race, civilian cars to ride on top of, and cars to jam into places they shouldn’t be. Not all automobiles are built the same, but it’s worth experimenting with them and finding the right car for the job. It’s a relatively simple game, but these are relatively simple tasks that are still simple fun so they still hold up.

Players can also get crafty with car bombs, which are available at 8-Ball Autos, and these ticking toys can be tremendously entertaining. One of the best things is when a car is rigged with explosives and someone else steals it – payback has never been so easy or so sweet. One well-placed car bomb can also change the outcome of a difficult rampage or mission and can even be an easy out during a tough encounter with the police. Taking out rivals and leaving surprises for the cops allows for more creatively liberating destruction since these car bombs can be used for traps, which is still, coincidentally, a blast.

Taking to the Skies Rockstar never intended fans to do much flying in GTAIII. The only realistic option is the appropriately named Dodo, with its white and red body and stubby wings, none of which looks ready for flight No one would call this a serviceable plane and it isn’t meant to act as training wheels for an aspiring pilot; it’s almost more of a gag or a dare to see if the player can survive it.

MORE: Interview: Back 4 Blood Dev Explains Why Game Pass Is So Important for the Game

It’s hard to operate anything that can barely turn and is prone to nose dives, but the allure of the skies and challenging nature of the feat will drive many to keep climbing back into the cockpit. Those who can master it will truly have something to brag about and that test in skill is what makes it so addictive today.

The real test is trying to fly to the Ghost Town and see the parts of the city where the opening cinematic took place. As frustrating as it can be, everyone wants to see Liberty City from the air at some point and the only other form of reliable airborne transportation is learning how to make a Rhino tank fly with the help of cheat codes.

Many players remember when games used to come with cheat codes built into them. These codes were clever little secrets designed for when the player was stuck on a mission or after they had done everything legitimately and just wanted to let loose. It may not seem like much now to have these available, but for a large sandbox game like GTAIII, cheats could mean hours of extra screwing around. This sort of unbridled mayhem still feels new today since many games don’t have the means to give players the capability for unlimited destruction. And, of course, getting the maximum wanted level goes hand in hand with the cheat codes. Going up against the SWAT teams and FIB allows for endless entertainment and it’s fitting since this is the game that popularized wrecking things in an open world. While not as deep as modern GTA games, there’s still room for emergent gameplay moments like turning a corner and driving a car face-first into an oncoming tank and dying instantly in the explosion. 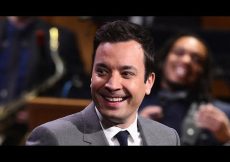 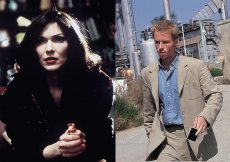 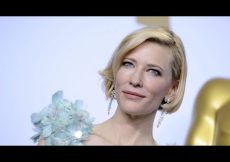 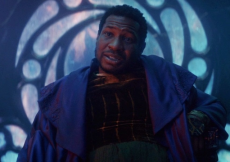 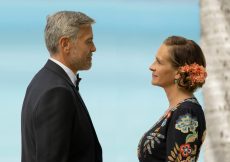 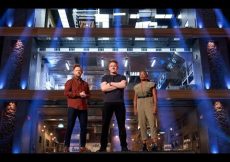