On 1883 Season 1 Episode 4, the travelers finally had to face the looming threat before them.

Nobody was fully prepared to cross the river, including James, Margaret, Shea, and Thomas.

But what the travelers experienced might set the tone for the rest of their journey.

James is still carving his own path north, much to the dismay of Shea and Thomas.

Shea: By the time I get these misfits movin’, it’ll be midday, farmer. Don’t you worry about it.
James: I ain’t no fuckin’ farmer.
Shea: You were.
James: I was a captain, too. I don’t call myself that, either. Captain.

Even before they hit the river, Shea realized that he had to tread carefully around James. It wouldn’t be worth losing him as an ally entirely; they need the help.

A dustup between James and Shea came shortly after the men discussed what was to come next. There was a lot of chatter about what lay ahead, from the river to starving if they didn’t manage their supplies better.

Josef revealed a little more about why he and his fellow countrymen are so eager for a fresh start. Their freedoms were trampled, and their spirits crushed. Even attempting to swim led to whippings.

Given the perils of the journey coming up, Josef wondered if it would be worth the effort to continue, and Shea assured him it was. But when Josef left them, Shea admitted to Thomas he was surprised that they were still willing after what they’d suffered so far.

To Shea, the unknown was the most frightening thing he could imagine, and they were heading straight for it. He thought everyone felt the same way.

But Thomas knew better. When someone takes a whip to your back even once, you realize that there’s nothing worse than losing your agency like that.

Shea’s nightmares keep him awake, but Thomas’s nightmares were living, and sleep was the only way to escape them. That vivid contrast made so much sense and discussing it was imperative to understanding this journey as well as those of all pioneers.

On 1883 Season 1 Episode 1, the leaders of this wagon train tried imparting to the travelers that dead weight couldn’t come on their journey. It’s too taxing to pull it.

But they never checked the wagons or never cared to call out the travelers for what they’d stowed in their wagons until the realities of the river crossing were ahead.

Yes, the travelers were told to lighten their loads considerably, but Shea’s method of communication sucks. Threatening to burn their wagon and all its possessions to the ground is helpful how?

Thomas: They gonna hate you.
Shea: They’ll still be alive to do it.

If he’d try harder to understand the people he’s transporting and treat them properly, it might be easier to accomplish their task. Abandoning everything that tied them to their community and heritage and their sense of worth just before the crossing could have impacted their success.

James and Margaret crossed in advance to get the lay of the land and determine the best place to cross and how to usher others over afterward.

Margaret’s wagon expertise was required, but with as experienced as she was, she still felt the stress of the crossing.

It wasn’t going to be easy no matter how it played out, but if Shea had been more diligent about what they carried in their wagons, they would have had some time to get over it.

The pain they felt at letting go sapped some of their emotional reserves, and mental acuity was required to get across safely.

There is a lot of room for improvement amongst this band of travelers from leadership on up. They all have different goals, but if they communicate more effectively, they should find it will be very helpful.

Elsa’s realization that she’s a cowboy also fits the episode’s theme. Had she not started this journey, she might never have discovered her love of cattle and working with the herd.

Her first kiss would have certainly been a lot different.

Ennis: Guess I’m the one bein’ forward now. I’m sorry. I probably shouldn’t have done it.
Elsa: Do it again.

Being amongst so many different people is opening her mind to possibilities she never knew existed. She sees a woman riding horseback in pants, and it sparks in her a desire to make her work a little easier.

Much like John Dutton years later and his relationship with Beth, Elsa’s parents might scoff at her actions at times, but they’re not hypocritical. They need to walk the talk.

It’s paying off, as Elsa has a good head on her shoulders and compassion for others. The voiceovers suggest she’s more poetic in her thoughts than she is in life, but she finds moments to combine the two.

Stumbling across the traveler’s graveyard of possessions was another stage in shedding her past life, too.

Once a cultured young woman, in her pants and torn dress top, she played the piano for what might be the last time for quite a while.

She chose a maudlin song, which underscored the challenges that lay ahead for them all.

All of the travelers in this wagon train are shedding their old skins, and by the time they arrive at their destination, they’ll have new loves and ideas for supporting themselves.

Sometimes in the future, saying goodbye to the pianos, the housewares, and family heirlooms — reminders of who they once were — won’t feel like a weight on their shoulders.

Freedom will be a struggle, but it will also provide. We’ve seen their future, and it’s pretty bright — for a while, anyway. 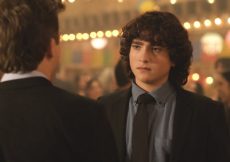 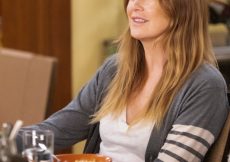 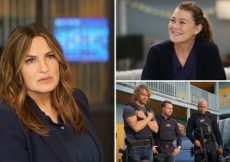 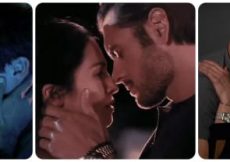 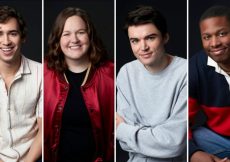 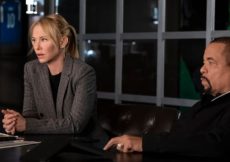