Just weeks before Jeff Garlin exited The Goldbergs following accusations of inappropriate behavior on-set, the actor apparently joked about the situation at a stand-up comedy show in Los Angeles.

As first reported by Variety, Garlin’s set at the Hollywood Improv on November 24 mainly focused on how much he hated working on the ABC sitcom. According to the publication, the Curb Your Enthusiasm star repeatedly told the audience how much he despised the show and was only doing it for the paycheck.

He added that things have become too politically correct for comics, and he was frustrated by the numerous HR investigations into his on-set behavior. These investigations came after co-workers complained about being made uncomfortable by Garlin’s actions, including his frequent use of the word “vagina,” which Garlin said was just “silliness.”

The news of Garlin’s departure from The Goldbergs was made public last week, with sources telling Variety that the decision behind the exit was mutual. Garlin has portrayed the titular family’s patriarch Murray Goldberg since the hit ABC series launched in 2013.

Garlin addressed the misconduct allegations earlier this month in an interview with Vanity Fair. He admitted to being investigated by the HR department on more than one occasion but denied that he had been fired or was trying to get himself fired.

This isn’t the first time Garlin has talked about his ongoing issues with The Goldbergs during his stand-up. In his 2019 Netflix special, Jeff Garlin: Our Man In Chicago, the comedian speaks about how his character spends most of his time sitting in a Barcalounger in tighty whities. He then tells the audience that every time he stands up from the chair, he makes a joke about how “my vagina’s killing me.”

He then reveals how this got him in trouble with HR. “I get called in, and they go, ‘Look, you can’t do this.’ And I go, ‘Oh yes, I can,’” Garlin says. “They go, ‘You might get fired.’ I go, ‘I’d love to be fired and have it hit the papers: Cover of TMZ: ‘Jeff Garlin Fired Because His Vagina Hurts.’” 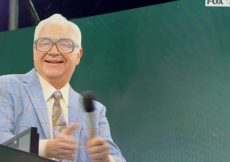 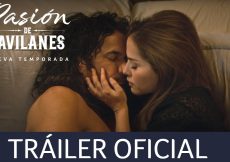 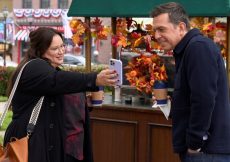 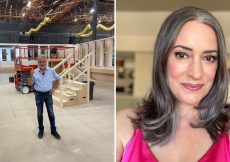 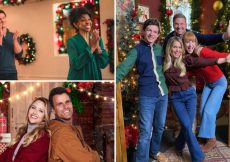 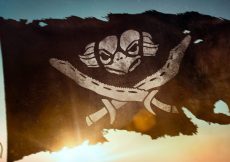