TV Fanatic got the chance to chat with the actor about playing a vampire, the vibe on the set, and more.

Scroll down for the full interview.

What attracted you to Let the Right One In?

I think mainly what attracted me to the show was how real it felt.

I’ve done some sci-fi stuff here and there and some fiction here and there, but the way this story really takes that fiction but puts it into such a real state of the world, I love it. It’s phenomenal writing.

Earlier in the season, we see Peter’s reaction to his father’s death. Do you think he was upset about his demise, or was he putting on a front to appease Claire?

It’s a mix of both. I like that question. I think that’s a really good one because I mean, obviously, the only reason that Peter’s alive in the first place is because of his father, so it’s really hard to say that his dad did nothing for him and that his dad was never there for him because his dad definitely didn’t do the best job that he could have.

Claire is effectively Peter’s caregiver now, and she’s on a mission to help ease his pain symptoms. What can you tell me about their brother-sister relationship?

I love their relationship because, just like I said, the story is so human and real, you really get to see how they ebb and flow as people, not just as characters.

I have to ask, did the show use green screen or makeup for Peter’s burns, and if it’s the latter, what was that process like?

That was all on me. That was my first time doing prosthetics. I was probably in the chair for about three hours when we started doing it. It was a crazy experience.

The series is dark, which is understandable given the subject matter. What was the vibe like on the set?

There is so much dark throughout the story, but there’s also so much light. So throughout filming, depending on what scene was going on that day or what you were doing, it was very interesting because sometimes each person would just go off onto their own and kind of sit in this place, ready to do their scene, and you could kind of feel this weight over the entire set, which was lovely because it kind of helped you get into character and into that place you needed to be.

But then, when there was that light, as soon as they would yell, “cut,” everybody was just hanging out, going to get a little snack, talking about our lines.

The people that I have been able to work alongside are absolutely amazing, and we really did just kind of fall right into place, I feel like, which was very fun.

We have a lot of vampire dramas premiering at the one time. What would you say sets Let the Right One In apart from other vampire shows?

One of the big things that really sets it apart is that it’s not based on the romantic love of a boy and a girl, but it’s truly based around family and that unconditional love.

Like a mother to son or father to daughter, or brother to sister, and so I love that instead of taking these things of like, “oh, I love them, I love this,” it starts to ask these interesting moral questions of obviously you have your morals of who you are as a human being and what you stand for, but then you also have loyalty to your family.

So it’s like, are you willing to sacrifice your morals to help a family member, which I love.

Are you working on any other projects at the moment?

I have a film that is supposed to be coming out soon, but that’s already done and finished. It’s called Aliens Abducted My Parents, and Now I Feel Kind of Left Out. It’s a little eighties.

It’s a little funky, but it’s very family-friendly. I’m excited for that one to come out.

Let The Right One In airs Sundays on Showtime. 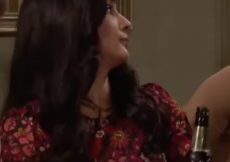 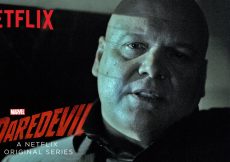 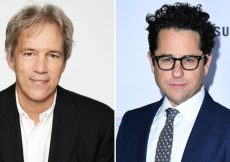 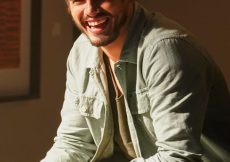 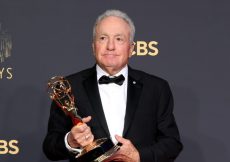 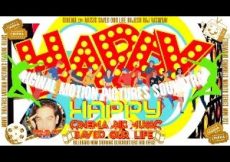