Well, Magnum and Lia couldn’t have chosen a worse place for a reunion than a murder scene.

But that’s what happened exactly on Magnum P.I. Season 4 Episode 15.

Poor Thomas. He agreed to do a favor for an old client, and what a mess resulted for him.

Magnum started as a private eye as a skip tracer, with many of those cases coming from bail bondsman Melvin Muchado.

Thomas has a big heart and will always find time for someone who has helped him in the past.

So when Melvin called, Magnum halted his playful fencing match with Higgins so they could take a meeting with him. (Higgins is British. Doesn’t that automatically make her a better fencer than him?)

Melvin’s request sounded simple enough. Find his client, Stella Torres, before he has to forfeit a quarter-million in bail, an assignment at which Jimmy Woo, another competent P.I., had already failed.

Thomas and Juliet quickly uncovered a lead that Stella had been in frequent communication with a narcotics cop, Wayne Nix.

Nix made Stella, his former informant, into a dead-end since she had fled to the mainland shortly after getting bail.

But they soon discovered that Stella’s social-media presence on the mainland was a hoax, built on older photos of her.

For a recovering addict, Stella remained an elusive target for them.

Using utility records, they found one place where she was supposedly staying, only to find the dying Woo there, with little sign that she had been there anytime recently to shoot him.

The house soon became a crime scene, with Lia assigned to the attempted-murder case.

The first meeting between Thomas and Lia since their mutual breakup was every bit as awkward as expected.

The thing was, the weirdness only went one way. While Magnum was cordial to her, Lia was cool toward him, acting more like Katsumoto (who has better reason to be that way).

Both Magnum and Higgins picked up on this behavior.

The partners split sensibly, with Juliet bringing the news about Nix to Lia while Thomas recruited Rick as a backup as they checked out the new address that Higgins had found for Stella.

Everything started making more sense after Magnum and Rick captured the pregnant Stella. Nix had used the information she gathered to rip off drug dealers. He had also gotten her pregnant.

At the same time, Lia and Higgins found out that Nix had built a nursery, planning to take Stella’s baby for himself and his barren wife, Heather.

They also found time to talk out Lia’s lingering feelings toward Thomas and got Lia’s head into a better space.

Magnum, Rick, and Stella were soon surrounded by a half-dozen dirty cops, including Nix.

That’s where Thomas’s skill with non-ballistic weapons came in handy. The homeowner where they were hiding out had a compound bow, and Magnum put it to use, cutting down four of the cops.

Rick shot the fifth one while helping Stella, who was in labor, not to be outdone.

Are we indeed to believe that Rick was qualified to deliver a baby just from reading “What to Expect When You’re Expecting”?

Magnum even participated in recycling, grabbing an arrow from a body to shoot Nix himself.

It was refreshing they were able to Stella out from under the trumped-up charge of assaulting a cop as that was a lie from one of Nix’s colleagues so she could start a new life.

It was nice of Juliet to plan a girl’s night out with Lia. Maybe she feels guilty about having feelings for Thomas as well.

Unfortunately, T.C. and Katsumoto couldn’t come up with nearly such a happy ending for Cade.

It was hilarious watching T.C. clumsily handle Cade’s first day of 10th grade, complete with a first-day-of-school photo. That also made Katsumoto laugh, no small feat.

When Gordon explained that he had to search for Cade’s mother Monica as a social-services requirement for T.C.’s fostering application, naturally, T.C. insisted on coming along, hoping to meet the woman who left behind Cade.

Sadly, with the slightest clues, Katsumoto soon had them sitting down with a recovering addict who had the answers they sought.

The man told the sad story of how he and Monica had set a fire in an abandoned building to keep warm, only to find the place in flames the following day. He ran away but said Monica had died in the fire.

As Gordon pointed out, at least now Cade had answers about what happened to his mother even if they weren’t the ones that he wanted to hear.

It was heartbreaking when T.C. struggled to tell Cade what happened to Monica, even though they both figured out what he meant.

Now that Cade doesn’t have to wonder about his mother any longer, maybe he and T.C. can form an even closer relationship now that he won’t be waiting for her to walk through his door.

Were you surprised Lia returned?

Is having Lia and Juliet bond good or bad for Magnum?

Will getting answers about his mother be beneficial for Cade? 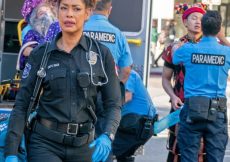 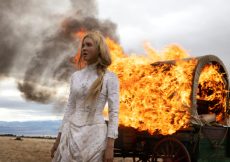 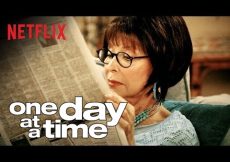 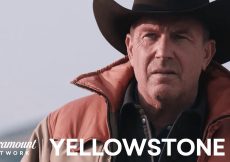 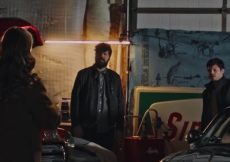 ‘Abbott Elementary’ EP Reveals Why The Show Won’t ‘Rush’ Anything