Married at First Sight is back! The Lifetime favorite has kicked off its 14th season and is returning to Boston for the latest chapter of the social experiment matching 10 singles to make up five pairs.

Early on, red flags remain at a minimum for the couples partaking, but it’s always good to keep a guard up when it comes to the typically wild series. Below, we’re breaking down all of the traditional steps being taken to get to the altar and key moments to keep tabs on moving forward, so beware of major spoilers ahead. The couples for the season — Lindsey and Mark, Katina and Olajuwon, Noi and Steve, Jasmina and Michael, and Chris and Alyssa — kicked things off by breaking the news to family and friends that they’d be getting married in two short weeks. First up were energetic Lindsey and Mark, both of whom are cat people. While Lindsey spoke with her father and brother, as she’s not on speaking terms with her mother, Mark sat down with close friends to disclose his big news as viewers learn much of his family is scattered or has died, except for his mother who lives in a care facility. Luckily, there are no reservations from their loved ones about moving forward in the marriages.

Katina and Olajuwon are up next, and this is where some personal information could prove detrimental to this pairing as Olajuwon reveals he’s been a playboy who has cheated on significant others in the past. Meanwhile, Katina is hoping her husband is faithful as she’s been the victim of cheating exes before. Could this be a deal-breaker? Their families certainly aren’t.

As for Noi and Steve, she’s eager to find a love like her parents after overcoming the challenges of immigrating from Laos. Steve’s family is excited about his news, but have reservations about his recent work situation as he was recently laid off from his big job leading him to take an extended east coast road trip before getting married.

As a child of a broken home, Jasmina has had some reservations about getting married, but that doesn’t stop her from sharing the exciting news that she’s been found a match. Her mother is hesitant to give full approval but remains mum on the matter. Michael, on the other hand, is nervous as well but has the full support of his sisters, who are his family unit after his mother, one of his brothers, and dad have died over the years.

Finally, there’s Alyssa and Chris, who turn to their moms to share news of their impending marriage. Chris tricks his mother into thinking the lunch has to do with real estate dealings, so she’s doubly surprised to hear he’ll be getting married in a few days. As for Alyssa, who also tells her friends alongside her mom the big news, everyone is thrilled, even if Alyssa is a bit shy about the whole situation. As per tradition, the brides and grooms gather separately to build some camaraderie in the experience of marrying a stranger. During the conversations, Mark reveals how he previously tried out for the show when Married at First Sight hit up Boston in Season 6, gaining admiration from his fellow castmates who complained about the lengthy audition process. Lindsey reveals to the other women that she didn’t specify what kind of husband she’s looking for, so she really has no clue what kind of man she’ll be paired with. Things take an emotional turn when Lindsey reveals her bad relationship with her mother, and Alyssa shares her recent experience of being broken up with. Meanwhile, Steve observes Olajuwon’s behavior and wonders if the man is ready for marriage.

They discuss other topics like whether or not they’ll consummate their marriages on the wedding night, but it doesn’t sound like anyone’s in a particular rush though — even former playboy Olajuwon, who wants to break his normal pattern of behavior.

Shop ‘Til They Drop Next, it’s time for tux and dress shopping as the singles aim to dress to impress their future spouse. Lindsey has a surreal moment, remembering that she had been shopping for a wedding dress about a year ago for a wedding that was called off by her former fiancé. Mark is initially drawn to colors for his wedding day look but ultimately settles on classic black. Once Lindsey finds her gown, her father steps in to show his support of the process. Meanwhile, Jasmina ends up finding a dress that makes her feel powerful, and Michael is drawn to burgundy for his tux ensemble. Drag queens add another level of excitement to the bachelorette festivities where Noi and Lindsey are embracing the party atmosphere. Meanwhile, Alyssa remains on the outskirts, keeping to herself and standing close to her friends. At the bachelor party, Olajuwon makes sure to enjoy the fact that there’s a stripper on-site as the night carries on. In a final moment of reflection, the participants chat with friends and family to evaluate their feelings about the impending marriages. Michael talks to his sister about vulnerabilities, Jasmina’s dad shows concern over the situation, and Lindsey’s brother attempts to comfort her regarding their tense relationship with their mother. First up are Lindsey and Mark, who are equally excited and nervous to walk down the aisle. As they’re hyped up by their bridesmaids and groomsmen respectively, Lindsey downs a few glasses of champagne on the way to the wedding venue and it shows once she is moments from walking down the aisle. After the production team manages to steer her to the correct spot, Lindsey meets her father and walks forward to meet Mark who she quickly compliments for his great smile.

The pair seem to hit it off immediately, and after “I dos” are said and the deal is sealed with a kiss, Mark and Lindsey exit for some alone time. It doesn’t take long for him to realize that Lindsey’s a very energetic person and they both discover their shared love for cats. How will all of this new information settle as the season continues? Tune in next week when Married at First Sight continues its Season 14 weddings. 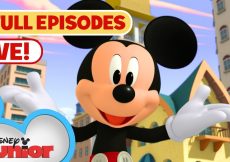 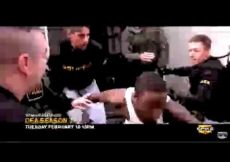 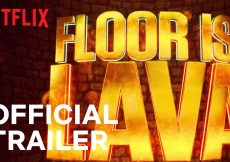 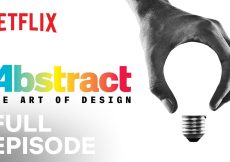 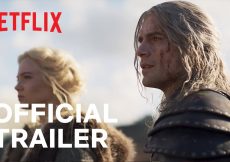 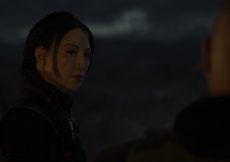