While recognizing that time travel sci-fi television has a requisite level of suspended disbelief, Quantum Leap Season 1 Episode 10 has moments of utter surrealism regarding medical functionality.

Aside from that, I can appreciate the problem-solving skills Ben uses to bring about satisfactory closure to all three patients’ stories.

Meanwhile, at headquarters, Magic and Jenn are forced to play ball by Janis’s rules, which doesn’t put any points on the board until Janis gets Addison in play.

Louis’s story is the most bittersweet of the trio of rescue stories since Ben’s involvement saves his life, only to break his heart when his wife is pronounced brain-dead.

Of course, that puts him in the position to be able to agree to donate his wife’s heart to Kimberley Cole for transplant.

What bugs me here is how Louis’s wife’s heart could be a match considering a search of the entire donor registry only turned up one match, which was in the future.

It dials up the improbability to a level unable to ignore.

Today was a lot. What these doctors and nurses have to deal with on a daily basis – the constant life and death stakes? Those folks are heroes.

That brings us to the operating room and the dramatic confrontation between Ben and Dr. Sandra versus Dr. Harper.

The issue here is Dr. Harper isn’t a bad guy. Yeah, he’s a bit of a jerk — which, granted, is a surgeon stereotype — but it’s understandable in the situation, considering he’s in charge of overseeing the care of all the train victims.

From the perspective of someone who doesn’t know that Dr. Alexandra Tompkinson is possessed by a time-traveling physicist from the future with access to his historical database, any doctor would think she’s crazy to interfere in an operation.

Dr. Harper does everything he’s meant to do. He’s treating his patient based on what he knows about her and what she needs.

No doctor in their right mind would change their treatment based on the manic ravings of a first-year resident.

As doctors, we vow to do no harm. That means putting the lives of our patients before all else.

Once they have the empirical evidence to show him, Dr. Harper changes his mind, an ideal result but, once again, highly improbable.

And don’t get me started on how Ben and Sandra run into an operating room without scrubbing in, masking, or wearing gloves.

There’s a lot of plot armor that keeps Ben from having to deliver the bearer of bad news speech.

However, having Addison there to share her experience of sharing the news of a soldier’s death with his mother was a great scene, bridging the gap between soldier and physician.

There’s a similar tone in the discussions between Sandra and Ben regarding her father.

Of course, Ben stomps all over doctor-patient confidentiality when he reveals Eli has a brain tumor.

I’m not sure how Eli’s involvement as a lawyer factors into the outcome since Harper convinces the hospital to pull the plug on the clinical trials of Respiratrex.

Unless, of course, they take it further up the chain, and Eli goes after the pharmaceutical company directly on behalf of the patients and the family of patients who suffer adverse reactions.

Ever since this custody battle started, I’ve been preparing for the worst – life without my son. Wasn’t until today, seeing my father all alone, that I finally understood how sad and lonely that could be. He may not have been the best father, or even a good one for that matter, but he doesn’t deserve to go out feeling like he’s got no one.

It would probably also help Sandra to have Eli in her corner during the custody battle. A lawyer’s a lawyer, and it sounds like Eli was one you didn’t want to cross in a courtroom.

Of the three patients, I’m surprised we didn’t hear more about Kimberley Cole’s family and life. With her mother at her bedside, I would’ve thought there would’ve been an opportunity for Louis and her to speak.

Then again, the whole transplant process was weirdly abbreviated and accelerated and very NOT anonymous, so that might’ve been weird.

Medical dramas used to be my jam, and I think when the focus is actually on the medicine or the ethics, there’s more time devoted to the realism of an operating room, or a bedside, or a baby delivery.

With Ben not being a physician by training and the pressure to save three specific people in a hospital with hundreds of patients, the shortcuts they take with authenticity are glaringly apparent.

Addison: Wow, look at you, bringing life into the world.
Ben: It was like a miracle. But also something I never want to have to do again.
Addison: That is fair.

Furthermore, with Janis sitting in that low-security conference room at HQ, it’s bizarre that Addison isn’t brought in between visits to Ben.

On previous leaps, we’ve seen her have plenty of collaboration time — even chat with a visiting political looky-loo — between stints in the imaging chamber.

This time, she’s MIA until the very end, when she reluctantly sits down with Janis at Magic’s request.

To give Janis credit, she manages to play things close to the chest with both Magic and Jenn.

As clever as she is, I can’t help but still believe she was captured on her own terms, that she wants to be in HQ with the Project Quantum Leap team and within spitting distance of Ziggy.

I’m sorry that I’m not particularly sympathetic to your ignorance, but in this case, I can promise you ignorance is bliss.

That being a possibility, it’s also possible that the tequila didn’t loosen her tongue and that she let slip about the “order” to Jenn on purpose to keep her distracted while Janis works out the best way to get Addison onside.

Addison: You want us to stop helping him.
Janis: No, I want you to stop doubting him. You say you trust him. Well, there is a very good reason he didn’t tell you anything, Addison. Because the problem with information is that the only place we can really keep it secret is in our mind. Because once you say it out loud to someone else in a world with a quantum accelerator, everyone knows.

Everything about Janis and Ben’s collusion points to danger within Project Quantum Leap that develops in the future.

The question remains how Ben learned about it and exactly how confusing it will get when we have multiple leapers meeting on a non-chronological timeline.

When you watch Quantum Leap online, decide for yourself if there was maybe too much good luck in play for Ben’s solutions to work.

Does the alternate timeline theory work for you? With this derailment happening in 1994 versus the IRL 2017 Seattle derailment of Train 501, that idea gains a little steam.

And could that mean the Martinez we met in Salvation is from an alternate dimension?

Things are getting interesting! Hit our comments with your best thoughts and theories! Let’s discuss! 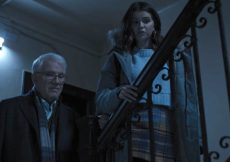 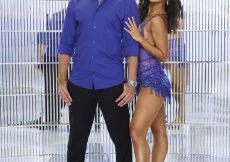 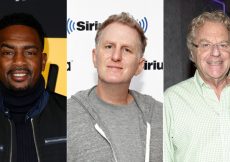 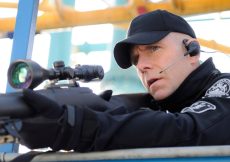 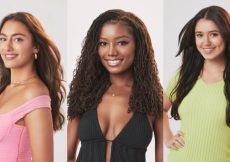 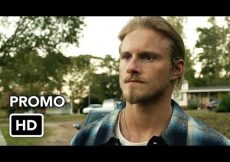