Some new shows broke through to keep viewers laughing, while others imploded.

It’s time to take a look at the best and worst comedies on TV in 2021.

Did your favorite (or worst!) show make the cut?

Scroll down to find out.

Laughs are growing fewer and further between, except for Alicia Goranson’s Becky, the only character who gets any laughs anymore. It’s more clear than ever that Roseanne was the magic glue to make this vessel float. And now it’s drowning.

We can’t help but feel bad for icons Metcalf and Goodman.

Never Have I Ever – Best

Fans of the series who wondered if the second season of the series could live up to the hype of the first were not disappointed when season two provided more in-depth exploration of not only Devi but the supporting characters all around.

The second season found more balance than ever, delving into the lives of Paxton and Devi’s friends in unexpected but necessary ways. It had the perfect blend of comedy with drama and compelling storytelling that brought tears to your eyes.

It remained a beautiful tale about grief and how a family goes about that when a loss is still fresh, and something Devi and her family carry with them every day.

And Devi’s path toward figuring out her identity as an Indian-American teen is something that also translated to Paxton as he worked to be known as more than hot and dumb and dug into his Asian-American heritage.

Fabiola’s journey toward figuring out what being queer meant to her was interesting, and Kamala’s conflicting worlds as the only woman in her field and the expectations of traditional marriage weighed on her made for great TV.

The reigning Emmy winner for Outstanding Comedy Series scores again! As AFC Richmond fights its way back to the English Premier League, the adventures of Ted and company only get funnier.

This time around, the jokes are bolder, zanier, and sometimes even darker — like when sweet and exuberant Dani Rojas accidentally kills Richmond’s mascot.

On the other hand of the comedy spectrum, you have Roy Kent’s rom-com inspired spree through the streets of London. Whatever flavor of hilarity you prefer, Ted Lasso will have you howling.

It helps to be a fan of The Big Bang Theory to love Young Sheldon, but it’s not entirely necessary. All on its own, the series is an oddly sweet and nostalgic look back at the late 1980s/early 1990s.

However, the relationships in the Cooper family are the most entertaining. From the father that Sheldon doesn’t wholly understand to his beloved Meemaw and devout Christian mother, there’s probably more heart than laughs here, but that’s never a bad thing.

With the rye yet heartfelt narration of Jim Parson’s, this look into Sheldon’s childhood is one you won’t forget even if you’ve never watched its origin series.

Bob’s Burger’s finished up their 11th season during the beginning of the year, and while that season was great, season 12’s opening batch of episodes have made some instant classics for the long-running adult comedy.

The Belchers always make the holiday season more fun, and this year’s holiday episodes have impressed! Season 12 is turning out to be a wonderful season.

It’s a testament to how unfunny SNL has gotten when it’s a big deal when there actually are funny skits. It should be the rule, not the exception, folks.

Yeah, we’ve long since recognized that the almost 50-year-old variety show will never recapture the genius of its heyday, but all we’re asking for these days is a chuckle or two.

The writing has gotten so lazy, unoriginal, and uninspired, and at some point they cannot rely on Kate McKinnon, Kenan Thompson, Cecily Strong, and Ego Nwodim to carry the whole show on their backs.

It’s always a delight when shows come out of nowhere and knock our socks off.

This tiny six-episode musical comedy is such a loving parody of the Golden Age musical era wrapped in comedic and Broadway talent that it would take a real Bill Sikes to resist its joyful charm.

Only Murders In The Building – Best

Steve Martin and Martin Short team up with Selena Gomez.

In this delightfully zany murder mystery, three New Yorkers decide to start a true-crime podcast when one of their neighbors is murdered. Featuring an all-star cast full of would-be suspects, Steve Martin and John Hoffman’s 10-episode series sucked audiences in with its meta-humor, intrigue, and one-liners while offering a poignant take on being lonely in a big city. We can’t wait for Season 2!

It’s one of ABC’s most underrated comedies, but it’s one of the closest to Modern Family. The concept of three different siblings who live in vastly different socioeconomic levels with their families makes for ripe drama and peak comedy.

From Jimmy Tatro’s aloof, wealthy Connor to Topher Grace as the middle-class level, prideful sibling, you never tire or stop laughing from the antics that Connor, Tom, and Sarah get into with each other with their respective spouses along or the ride.

And the look at the differences in the class systems, while played up for laughs, are a forever highlight of this series and makes the show relatable for anyone who watches. There’s something for everyone here, and it never disappoints.

Sure, they only released a sneak peek of the pilot, and the rest of the series will air in the new year, but it still counts.

We’ve watched some of the upcoming episodes already, so we already know that it’s going to be the best new comedy on network. Quinta Brunson shines in this hilarious but insanely accurate depiction of a diverse group of teachers at an underfunded public school.

The show brilliantly captures all of the plights of being a teacher in this day and age, from a budget that doesn’t cover any of the necessities to a principal who doesn’t know what she’s doing.

The distinction between the newer and younger teachers versus the veterans is funny, heartfelt conflict and brillant and effective intergenerational interplay.

This Taika Waititi created, Indigenous-led series is a sleeper hit and one of the most underrated new comedies of the year.

As the industry strives to break through barriers and introduce content that appeals to everyone and reflects diversity, Reservation Dogs is a breath of fresh air.

Where did Netflix’s cheesy sitcom go wrong? It’s the type of aimless fluff that should give some light laughs and endless fun, but Pretty Smart failed to hit its mark every time.

Nothing new came from this Emily Osment-led sitcom; instead, it focused on the tired trope of “pretty people are dumb and shallow” that many other TV series have done better.

And at this point, isn’t it time to move beyond surface-level characters to have characters with more layers?

Call your mother had so much potential, especially with such a superstar like Sedgwick leading the show. Sadly, the show did not live up to its star potential and got nixed after one season, and we aren’t really missing it.

They had us at Alan Tudyk, but Resident Alien delivered far more than his alien posing as human Harry Vanderspeigle stumbling through the best and worst humanity has to offer.

Corey Reynolds and Elizabeth Bowen created sheriff-deputy magic, and Alice Wetterlund brought her comedic A-game to D’Arcy, a former Olympian who feels like a failure after tragedy knocked out out of the sport she loved. Frame for frame, it’s the funniest hour-long comedy on TV this year. 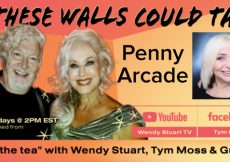 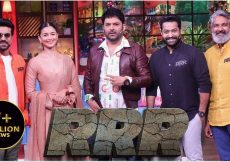 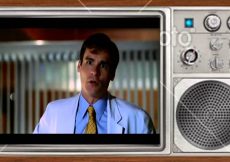 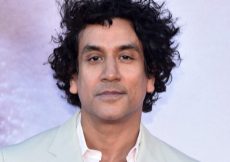 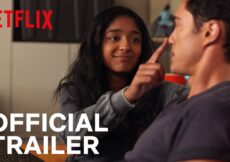