How is it that I never saw that coming?

Beth was burned alive, and ever since, her normally simmering rage has been boiling over.

How could it not under the circumstances? Yellowstone Season 4 Episode 9 exposed her turmoil unexpectedly, but the breadcrumbs have been there for us to follow all along.

But before we dig into that incredibly deep story, let’s touch on what else is afoot in Montana.

Jimmy’s story is why casting news shouldn’t be shared in advance.

It wasn’t a bad arc for him to find meaning elsewhere and decide to remain in Texas to fight for a woman who sees him for what he is rather than what he could be.

Unfortunately, we’ve known his decision since the 6666 casting announcement, so the whole story felt extraneous. It could have just as easily begun when the spinoff hit the air by adjusting the timeline.

If Jimmy had left Yellowstone and reappeared with his journey on 6666, it wouldn’t have made any difference to the story on Yellowstone at all. We could have followed him from leaving the ranch to deciding to stay in the series’s first two or three episodes.

It’s the Yellowstone franchise. No matter what comes of 6666, people would have tuned in to see it. Right now, Taylor Sheridan has that deft touch.

It’s too bad that Jimmy’s tale tarnished a bit by overshadowing too much of more pertinent stories on Yellowstone. It seems unfair.

Sheridan wants to showcase his ranch and his riding and acting, and he’s not the first showrunner in history to do it. He won’t be the last. His unique position and skills getting highlighted should have been more fun than many of us felt while they aired.

But now, finally, it seems that Jimmy’s journey on Yellowstone has come to an end unless he pops up on the finale to tell John that he’s not going to return. For everyone’s sake, I hope not.

It was a fun connection to have John, and the Yellowstone buy into Metallic Cat, the all-time leading NHCRA sire. The life is too often glossed over, but it’s an integral part of our heritage and still matters, so I appreciate those nods to a life so different from my own.

Speaking of different lifestyles but moving away from the Yellowstone, Kayce and Monica are more involved in her Native American heritage again.

Seeing the wolf on Yellowstone Season 4 Episode 8 was a callback to Kayce’s other encounters, and he’s seen it enough that he’s concerned.

Approaching Mo and Rainwater for help understanding his connection to the wolf revisited a phrase Beth used elsewhere in Yellowstone Season 4 — every time something good is trying to happen, something bad is trying to ruin it.

Is it possible that it will be connected in some way to what his siblings are experiencing?

Let’s look at Jamie first. His world is imploding, but he doesn’t have the courage to face and conquer what’s causing it.

Right now, that’s a lack of confidence and conviction in himself, his past, and his future. He never believed John loved him even though everything John does is to the contrary.

John also knows that Jamie is his own worst enemy, and if he gets into an unchecked position of power, he will not handle it well.

Christina may soon understand that, too, if Jamie doesn’t take her advice and kick Garrett to the curb. Because, in another surprise, Christina didn’t know about Garrett.

Some viewers thought Garrett had lured Christina to Jamie’s ranch, but that seems unlikely now. She’s a very pragmatic woman. She may be unlikeable, but she knows what’s what.

Before having a child with Jamie, her goal was to get him elected to a high office. She sees something in Jamie that is worth recognizing, but she never imagined his past had the potential to ruin his future.

Sadly, Jamie seems too far gone with his need for love and acceptance on his terms to recognize how bad Garrett is for him. Hell, even Garrett sees it.

When John and Garrett ran into each other in the diner, their encounter was fraught with tension. Garrett played a role in making John’s sister the woman she became, but Garrett wanted John to step back from that and throw Garrett a lifeline for killing her. That didn’t happen.

It’s obviously going to come to a head somehow, but I don’t know how quite yet.

Part of it may have to do with Beth, who has disappointed her father for the first time.

I’m gonna do three decades in prison? I mean, my God! That makes you the last guy I fucked for 30 years!

I hate to say I told you so, but I knew John and Summer slept together. Many others wanted to believe it didn’t happen. What I was mistaken about in my Yellowstone Season 4 Episode 6 review was that Beth’s rage against Summer was without merit.

That’s true on a surface level, but going deeper, it proves that Beth and John’s sometimes contrary relationship is more problematic than we realized.

Go ahead. You just bang away at the old ego.

At first, John wanted to blame Summer for making her own bed by protesting. Then Summer revealed Beth’s influence, right down to smacking the first cop who arrived on the scene. Beth sent Summer to her doom, and John can’t understand why she did it.

John: My kingdom, my rules. We fight with dignity. You aren’t. You start or find another fight.
Beth: What does that mean?
John: I’m saying no more collateral damage, you hear me? We don’t kill sheep; we kill wolves. What you did was cruel, honey.
Beth: Because you fucked her, it’s cruel?
John: Did you do it because I fucked her? Because that IS cruel. God damn, Beth. I never thought I’d feel this way about you before, but you really disappointed me, honey, and I never thought I’d say that about you.

But Beth has been hoping that her father will avenge her. She fights like mad for him. She protects him legally and emotionally. But when she was burned alive, he didn’t flinch. He just looked for who attacked him, forgetting how the others were impacted.

That’s not entirely true, but that’s how Beth explained it. And in the meantime, she’s ruthlessly tossing everyone and anyone under the bus as she tries to defend the Yellowstone and her father.

I’d never thought of the Duttons as similar to Dexter, but they have a similar code. You don’t go after those who haven’t harmed you. Their code is their morality. Without it, they’re no better than anyone else. And by setting up Summer to rot in prison, Beth crossed a line.

Did Beth become who she is because of John or despite him? This new layer to their relationship makes everything we believed about the father-daughter duo suspect.

Was it at the end of Yellowstone Season 1 that Beth asked someone to kill her if she was still there in another year? She’s never liked the ranch, even though she loves so much associated with it.

She and Rip are two halves of the same coin, so it makes sense there is so much they do not see eye-to-eye. She wanted Rip to drive her father away from danger, not join him in it. But Rip knows John will do what he wants, so he aids his actions rather than thwarting them.

John had to ask Beth, Rip, and Carter to live with him so that the deepening divide between the two would seem like an unbridgeable chasm.

John: You know, maybe it’s best that I fight this alone. Maybe it’s best if you go somewhere else while I do it.
Beth: This is my home.
John: Might be time to find another one.

When you see Beth Dutton crying to Walker’s sad song and Rip closing the door on it, it’s hard to imagine what comes next for them. Can he continue with his allegiance to John if Beth is no longer welcome or makes herself scarce?

We have one episode left to the season, and I have no idea what’s to come. While previous seasons have had a denouement, Season 4 might be the start of something that will take much longer to solve.

After you watch Yellowstone online, join in the conversation.

What will come from the finale?

Do you have a theory on Kayce and the wolf?

How will Jamie move ahead with Garrett and a potential run for office?

And what will become of Beth and John? How will it affect their relationships with Rip?

I can’t wait to hear from you. 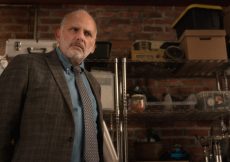 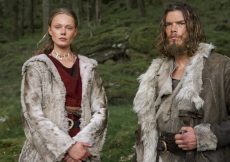 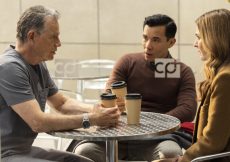 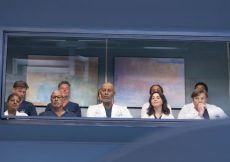 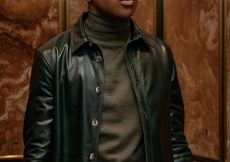 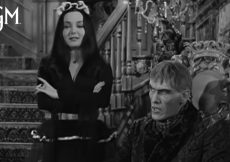