Operation Fortune: Ruse de guerre was previously dated for January 21, 2022, and will now release on March 18, 2022, opening against Focus Features’ Downton Abbey: A New Era and Lionsgate’s The Unbreakable Boy. The Contractor, previously dated for March 18, 2022, has been moved to April 1, 2022, where it will debut opposite Univeral Pictures’ Easter Sunday. Bed Rest is set to release on July 15, 2022, where it will open against Sony Pictures’ Bullet Train.

“The Contractor is a tense action-thriller starring Chris Pine (Star Trek, Wonder Woman), Ben Foster (Lone Survivor, Hell or High Water), Kiefer Sutherland (24), Eddie Marsan (The Gentlemen, Ray Donovan), and Gillian Jacobs (Come Play, Community),” reads the movie’s synopsis. “After being involuntarily discharged from the U.S. Special Forces, James Harper (Pine) joins a private contracting organization alongside his best friend (Foster) and under the command of a fellow veteran (Sutherland) in order to support his family. Overseas on a covert mission, Harper must evade those trying to kill him while making his way back home.”

“After years of struggling to start a family, Julie Rivers (Melissa Barrera) is pregnant again and moving into a new home with her husband as they embrace a fresh start,” reads the synopsis for Bed Rest. “Upon being ordered to mandatory bed rest, Julie begins to slowly unravel as she suffers through the monotony and anxiety of her new constraints. Soon, terrifying ghostly experiences in the home begin to close in on Julie, stirring up her past demons and causing others to question her mental stability. Trapped and forced to face her past and the supernatural, Julie fights to protect herself and her unborn baby.” 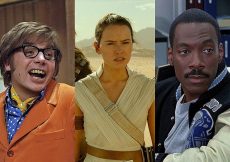 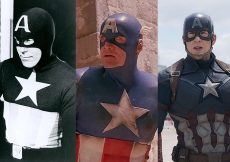 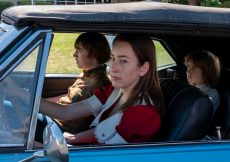 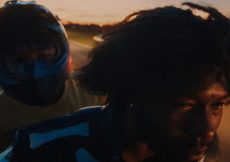 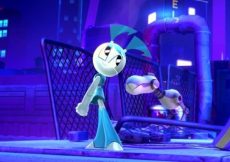