Disney+ is staging a mini Everything Everywhere All at Once reunion with first-look photos for American Born Chinese — which is set to debut this spring — featuring Golden Globe winners Michelle Yeoh and Ke Huy Quan.

The actors are among the ensemble cast for this series based on the graphic novel by Gene Luen Yang, which will deliver a genre-hopping action-comedy experience onscreen. Following the life of Jin Wang (Ben Wang), American Born Chinese focuses on his journey as an average teen juggling a high school social life with his life at home. When he meets a new foreign student on the first day of the school year, even more worlds collide as Jin is unwittingly entangled in a battle of Chinese mythological gods. In the first look images released, viewers get a closer look at Yeoh’s Guanyin, Quan’s Freddy Wong, Daniel Wu‘s Sun Wukong, a.k.a. The Monkey King, Wang’s Jin, and Jim Liu’s Wei-Chen. Previously teased in a featurette, Jin encounters fantastical figures from Chinese lore, which are portrayed by Yeoh and Wu, who keep things tame in the newest photo released. Meanwhile, viewers get a closer look at Jin and Wei-Chen’s friendship, as well as Quan’s role as Freddy, who appears to be a teacher of some kind as he holds a book up to observers unseen.

Produced by 20th Television for Disney+, American Born Chinese is written and executive produced by showrunner Kelvin Yu and directed by Shang-Chi and the Legend of the Ten Rings‘ Destin Daniel Cretton. Along with Yu, Cretton serves as an executive producer alongside Melvin Mar, Jake Kasdan, Erin O’Malley, Asher Goldstein, and Gene Luen Yang.

Check out the first-look photos above, and don’t miss American Born Chinese when it arrives on Disney+. Stay tuned for additional details about an exact release date in the weeks ahead. 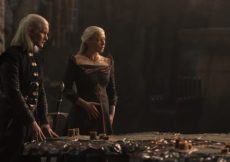 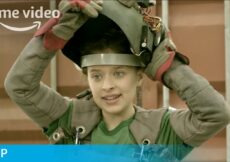 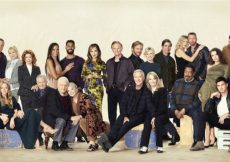 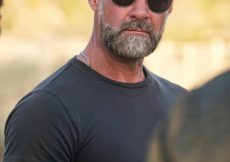 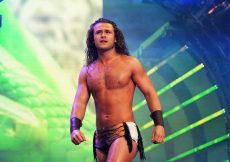