Dee Bradley Baker is one of the most prolific and talented voice actors in the animated entertainment industry. Chances are you’ve grown up listening to his characters on Phineas & Ferb, Adventure Time, SpongeBob SquarePants, and American Dad!, to name just a few of the hundreds of shows on which he’s brought characters to life.

Most recently, he has voiced the unpredictable Eagly on HBO Max’s Peacemaker and the titular team of misfit clones on Disney+’s Star Wars: The Bad Batch.

On Star Trek: Prodigy Season 1 Episode 14, Murf hatches from a cocoon as a newly bipedal version, to the surprise and delight of his crewmates, especially Science Officer Rok-Tahk, his de-facto guardian and champion.

Murf’s language is one the Federation’s Universal Translator does not understand, so Baker’s primary challenge is to make him understood without actual words.

Speaking with TV Fanatic via Zoom, Baker shares his favorite types of roles to voice and why Murf is such a perfect fit.

“Anything that’s non-human draws me. I love doing non-human creatures and aliens and monsters and such things. I’ve always liked monsters since I was a kid. I liked monster movies. Interestingly, the first movie that my mom took me to was Doctor Doolittle, [about] a man who talks to animals with animal sounds. So that apparently had some impact on my life.

“It was particularly thrilling to be asked to be involved with Star Trek, which is something that I’ve loved since I was a kid. I watched religiously when I was around ten, twelve, into my teens once I discovered it. I liked the optimism that it laid out. I liked that it had monsters sometimes.

“And the idea of science and science fiction and moving into the stars – I was into astronomy, had my own telescope, I was out there looking at planets and actually looking for UFOs. I wanted aliens to be alive and real, and I was literally looking for them in my backyard because we had UFO sightings close to my house, growing up in Greeley, Colorado.

“These were all things that fired my imagination, and it really found voice and expression in Gene Roddenberry’s Star Trek series, which I just kept watching. These are such brilliant little nuggets of insight into humanity and who we are and where we’re going, and what we’re dealing with in a democratic society with a scientific assist.

“These are all things that fascinated me. I asked my dad if I could have my ears modified to look like Spock. He said no. But I thought Spock was cool. [laughs] That’s true. That’s literally what I did. That’s what a little Star Trek nerd I was.

“So it’s very exciting for me to be called back to be a part of that universe, and then to see how beautifully realized it is in the weekly cinematic episodes that drop on Paramount+, it’s really pretty remarkable.

“I envy the kids. I envy the fans who get to sample this new universe and all the different iterations that are coming at them right now from the Star Trek universe.”

As a lover of Star Trek from a young age, what does Baker think of Star Trek: Prodigy being the first Trek series aimed at a younger demographic?

“Well, to me, young people are intelligent and smart. I was a young person when I watched the old Star Trek, which to me, it plays to anybody. And in the way that the old Star Trek – I guess you call it the “adult” Trek? — played to everybody, this series, the Prodigy series, [does too].

“It’s angled to the kids where its younger characters are sort of the stand-in for the audience as they take charge of this really awesome ship and find their way.

“But, if you are a grownup, or if you’re an old fan of this show, it still speaks to everything that the old series did in terms of the themes and the ideas with this beautiful cinematic rendering to it that makes it feel like you’re watching a Star Trek movie every week.

“It angles towards the young, but it plays to all ages and all levels of Star Trek fandom. That’s part of what’s so great is it feels part of that. It’s a facet that’s its own unique variation, just like the other shows that are out there running, but I think it plays to all ages.”

Voicing a character the way Baker does truly involves knowing how that creature thinks. In that way, he has a more personal insight into Murf than anyone.

“When Murf utters an utterance, it’s almost like a toddler or a dog or really most any animal. There’s a subtext to it. There’s something that’s actually being said.

“The problem is that the grownup person does not know the language and doesn’t know how to translate that. But there’s something that’s being said here, right?

“And so, when Murf is saying anything, he’s actually saying, “Wow!” or, “Ooh, what’s over there?’ or, “I don’t like that,” or, “I don’t feel so good,” or, “Yeah, you’re right,” and that subtext is specifically what I’m going for with everything that we record in a session so that it’s literally dialogue that’s part of the ensemble dialogue that’s playing out even though it just sounds like words.

“If you grasp what’s playing out in the story, and you’re involved with that, you know that something is being said. Sometimes it’s not exactly clear.

“But, like with a child — a pre-lingual child –, there’s something being said and something that’s being expressed that’s specific, and it deserves being listened to, and sometimes it really kind of points the way to where things need to go.”

Being someone with a foot in both Star Trek and Star Wars, does Baker see a similarity between Murf’s communicative whirs and chirps and the beeps of droids like R2-D2?

“Yeah, that’s fair enough. R2-D2 is very much a sentient creature, a being who understands what’s going on and is saying something, who wants to help out, and is replying to what you’re saying.

“Some people know the language and can speak it, but he’s translating from you. So that’s even a higher level of this kind of high-level competency of assist. He’s adding to a scene, but he’s absolutely speaking a language and saying things very clearly, and you can tell.”

Assuming Murf’s physical evolution foreshadows cognitive growth in the future, which may lead to actual words, what does Baker think his first word might be?

“My guess is that the first word would be [changes to Murf’s voice] ‘Rok.’ [changes back to speaking voice] It would be ‘Rok,’ right? Just like a child’s first word is usually ‘Mama’ or ‘Dada.’ You start [by] repeating back the people that are your immediate world.

“And then from there, you start latching on to the important nouns or verbs that turn the world that you are a part of. Like food, or ‘No.’ Things like that, the basic, most important words.

“There would logically – as our Vulcan friends might say – there’s a process of learning and growing to learn to use a language which we’re probably going to see.”

As the Protostar’s crew has learned about space travel and Starfleet’s mandate, they’ve grown into roles and responsibilities. How does Baker think Murf fits in on this crew?

“To me, Murf is an unending fountain of delight. He is delighted by all that’s playing out for the most part. Occasionally, he’s a little bit freaked out by something, but he’s not a fearful creature.

“It’s something that’s interesting, y’know, in comparison to a child where they sort of have a mind that’s an unclouded sky, right? They’re not constantly worrying about things or conjuring all these counterfactual things that could’ve happened or that could make things bad. There’s just an open immediacy to how they process reality.

“That’s part of what’s so refreshing and fun and part of the education of being around a little creature like that is a reminder that if you address the universe in this kind of open and joyful improvisational way, it’s a much better trip on the Protostar.”

Although the Protostar’s crew is not officially Starfleet, Baker believes the Star Trek message is strong in this animated series, very much an extension of that feeling of optimistic and curious exploration.

“Absolutely, the mission is not one of control or hegemony. It’s not like the Borg, where it’s like we’re just going to take everything and take it all over and make it [part of] us. It’s the opposite of that.

“It’s [a mission where] if you meet somebody, it’s like: leave them alone, let ’em be who they are, and when they’re ready, then we’ll shake hands, and we’ll start to interface, respecting our boundaries, and see how this is gonna work.

“So it’s not an attitude of acquisition or control. It’s one of open discovery, really.”

If you haven’t come aboard the USS Protostar already, this is the time to make that leap as we barrel toward the finale of its exciting inaugural twenty-episode season!

As the creators, Dan and Kevin Hageman, mentioned when they spoke with TV Fanatic earlier, Murf is “a walking metaphor… Now that he’s bipedal.” What do you think his evolution means for our crew?

Hit our comments below with your three favorite Dee Bradley Baker-voiced characters! Only the first can be Murf! 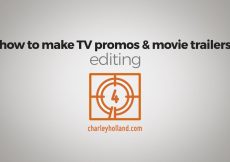 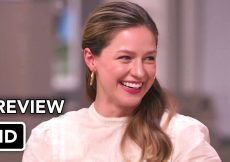 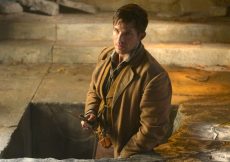 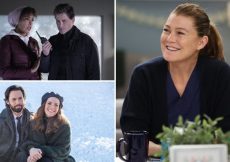 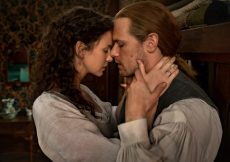 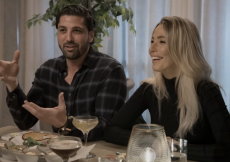