Tegan and Sara Quin’s High School finally has a release date on Amazon Freevee. The coming-of-age drama series, based on the Grammy-nominated sibling duo’s best-selling memoir of the same name, will premiere Friday, October 14. And fans finally get to see first clips from the eight-part series in the High School teaser trailer, above, released Friday, August 12.

High School is a story about finding your own identity—a journey made even more complicated when you have a twin whose own struggle and self-discovery so closely mimic your own. Told through a backdrop of ’90s grunge and rave culture, the series weaves between parallel and discordant memories of twin sisters growing up down the hall from one another. High School will make its world premiere at the Toronto International Film Festival this September.

The series stars TikTok creators Railey and Seazynn Gilliland in their television debut as the high school versions of Tegan and Sara, respectively. The tension between the twins is immediately clear in the first moments of the teaser as the sisters try to establish their individuality. Cobie Smulders (The Avengers, How I Met Your Mother) and Kyle Bornheimer (Marriage Story, Brooklyn Nine-Nine) play the twins’ parents, Simone Bates and Patrick Twiley. And Esther McGregor is a series regular as Natalie.

Recurring guest stars include Olivia Rouyre as Phoebe, Amanda Fix as Maya, Brianne Tju (I Know What You Did Last Summer) as Ali, Geena Meszaros (Under the Banner of Heaven) as Lily, CJ Valleroy (NCIS: Los Angeles) as Evan, and Nate Corddry (For All Mankind) as David.

The first four episodes of High School will debut Friday, October 14 on Amazon Freevee, with one episode dropping weekly after that.

Check out more photos from High School, below. 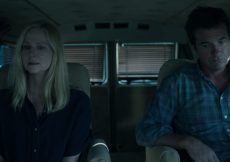 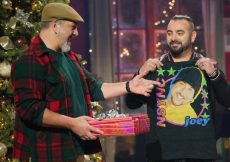 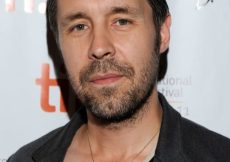