Katy Perry rang in the new year with Orlando Bloom at the Play bash, hosted by Wally’s at Resorts World in collaboration with the Meta Museum. Perry shared pictures of herself partying and kissing her fiancé, leaving a big red lipstick mark on his cheek. Other party guests included Diane von Furstenberg, Jeremy Scott, Derek Blasberg, and Nicky Hilton Rothschild, and midnight was marked by 50 confetti cannons shooting off under the giant inflatable mushrooms that have become a theme of Perry’s new stage act.

Perry wore two outfits over the night, a blue leather dress featuring a thigh-high split in the skirt with matching gloves and a red two piece displaying her midriff and also featuring a long slit along her leg. Perry has really been bringing the heat with her outfits since taking up her residency at Resorts World Las Vegas, with stunning costume changes throughout the show. 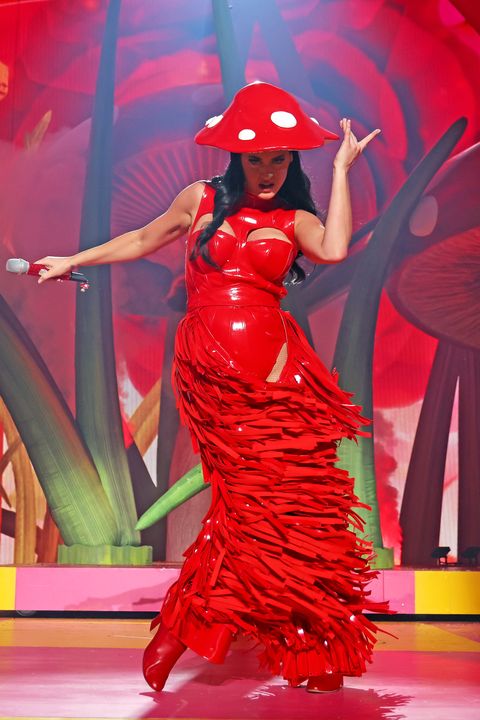 Bloom was dressed more casually in dark jeans, a white t-shirt, and checkered red and black vest. The couple welcomed their daughter Daisy Dove last year, and at 16-months-old, Perry claims she already sees that Daisy is taking after Orlando. In an interview with Access Hollywood in December, 2021, Perry said, “She has kind of a combination of Orlando’s brows and my eyeballs but she now does all these like, big eyes… Everything is so new. It’s so beautiful.”

The new mom is already thinking about how Daisy might want to wear some of her mom’s costumes someday. She told People, “I kind of already have a vault. I’m saving things for her. I don’t know where she’s going to be able to wear all these crazy outfits, but I’m saving them for her. Also, trust and believe I am always on the hunt on Etsy late at night just finding little cute costumes for all the holidays. I’ve got a gingerbread dress favorited — just all of my dreams come true.” 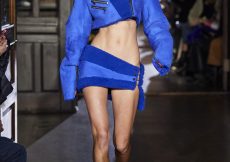 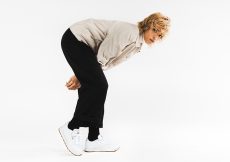 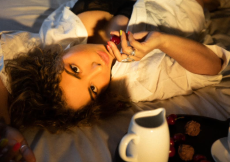 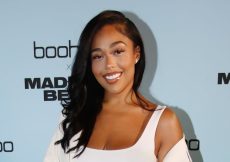 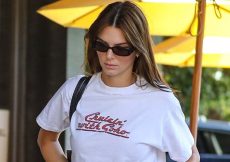 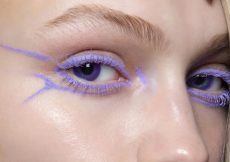