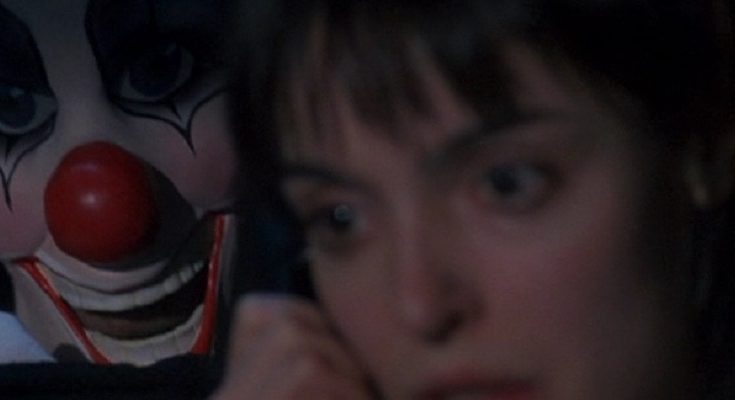 Slasher movies are making a comeback. For Halloween, here are five underrated ’80s slashers to revisit if you dare. 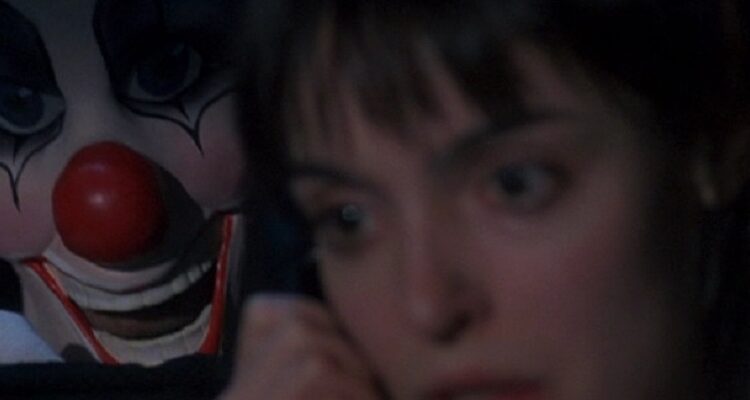 Halloween Kills has– I apologize– killed at the box office. Seminal slasher series Scream is poised to make a triumphant return early next year. Brad Dourif’s interminably endearing killer doll is back in an incredible new SyFy series. Those pesky, homicidal teens are back, killing hitchhikers in Amazon Prime’s I Know What You Did Last Summer. All in all, slashers are back and deadlier than ever. Naturally, the enduring icons are generating the most buzz, much as they did in their heyday.

Alongside Jane Fonda workout tapes and Gordon Gekko, slasher icons were indispensable figures in eighties culture. Yet, for as keen as contemporary pop culture is to revisit the decade of Walkmans and crimped hair, there are a number of noteworthy slasher entries nostalgia has curiously eluded. Here, I’ll revisit five worthwhile slasher movies that still haven’t gotten the attention they deserve. They’re the perfect treat for anyone who’s had their fill of Halloween tricks.

Girls Nite Out, directed by Robert Deubel and released in 1982, has a gangbusters central conceit. A group of students at DeWitt University in Ohio participates in a night-long scavenger hunt. They bounce from clue to clue at the behest of the university’s public access radio station, prowling about the school’s facilities, solving riddles, and finding prizes. Unfortunately, someone donning a costume of DeWitt’s mascot– a fuzzy, semi-anthropomorphic grizzly bear– has used it as an opportunity for some good old-fashioned slaughter. The cast is solid, the kills grisly, and in a rarity for high-concept slasher movies, there are several genuine jolts. Somewhat lost to time, Girls Nite Out remains of the decade’s most noteworthy opportunities at subverting a formula that, even in 1982, had already grown somewhat stale.

Hide and Go Shriek, directed by Skip Schoolnik and released in 1988, tracks a group of teenagers celebrating their graduation with an overnight game of hide-and-seek in a furniture store. There, of course, a serial killer stalks them. They must band together to identify the killer before the morning, lest they all end up dead. Certain elements of Hide and Go Shriek haven’t aged well, particularly its portrayal of a queer killer and drag. But for a basic, killer stabs teens in a cool setting movie, Hide and Go Shriek delivers. Plus, that title. It rarely gets better than that.

The Slayer is really good. It’s hypnotic, subversive, and very, very weird. Directed by J.S. Cardone and released in 1982, it stars Sarah Kendall as Kay, an abstract visual artist plagued by nightmarish, monstrous visions since childhood. Some are more benign than others, and they fluctuate, though they always leave her feeling immense dread after their occurrence. As the dreams grow increasingly intense, her husband, David (Alan McRae) suggests a weekend away. Her work and livelihood have been jeopardized, so he invites her brother and sister-in-law along, hoping the mini retreat can help to get her mind on track.

They land on a remote island in Georgia, and as they do, receive notification that a hurricane has shifted its path and is making its way toward them. Kay pleads with everyone to leave, especially since the derelict buildings and ruins of a resort town are the same images she’s seen in her nightmares. Quite dramatically (and correctly), she announces everyone will die if they stay. An unseen creature begins targeting the quartet, and while the budget is low, both the deaths and creature design are outstanding. It’s a creepy monster movie that sways to slasher rhythms, and it’s one of the best supernatural slashers the 80s has to offer.

The basic gist is that Bobo, a killer dressed as a clown, is targeting workers at Suite Nothings, an LA-based phone sex line. The kills aren’t nearly as graphic as a late 80s slasher might suggest, and for the most part, the core cast of women are given enough agency, sense, and characterization to render them more than victims and objects. Still, the 80s grit is pervasive, and at times, it feels sleazy and exploitative. Nonetheless, it delivers a number of exciting scares, including one scene where a model under police surveillance must correspond with the killer to draw him out. It’s an early example of Jonathan Demme’s classic The Silence of the Lambs fake out and remains a high point in the movie. Come Out of the Dark and stream it.

The Initiation is what would happen if The Slayer and Hide and Go Shriek had a baby. A high-concept slasher with supernatural shadings, the basic premise follows a group of sorority sisters being stalked by a killer while staying overnight in a luxurious shopping mall. The narrative is considerably more complex, though, and while it isn’t always successful, it’s a sterling example of prototypical slashers, even in their boon, taking big risks.

Daphne Zuniga of Melrose Place fame (or, for horror fans, The Dorm That Dripped Blood fame) stars as Kelly Fairchild, a coed plagued by nightmares of a man burning alive in her childhood home. Kelly plans a sleep study with a graduate assistant (James Read) while she concurrently prepares for sorority initiation– breaking into and spending the night at her father’s shopping mall. Well, it’s more like a multi-level department store, but it amounts to being basically mall. There are escaped mental patients, hypnotic visions, and plenty of gnarly slasher kills, many of which involve props and mall detritus– harpoons, anyone? It’s a sensationally good time and an enduring classic in its own right.

What do you think? Have you seen any of these movies? Do you plan on watching them as we reach the tail end of the Halloween season? Let us know on Facebook or Twitter. 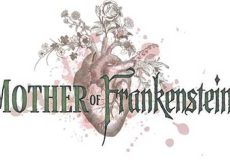 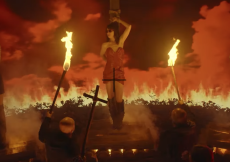 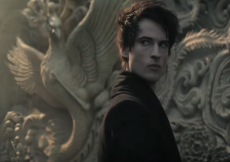 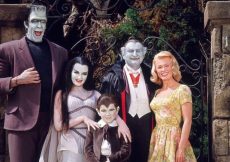 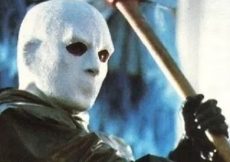 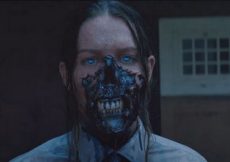