Who else but hosts Wendy Stuart and Tym Moss could “spill the tea” on their weekly show “If These Walls Could Talk” live from Pangea Restaurant on the Lower Eastside of NYC, with their unique style of honest, and emotional interviews, sharing the fascinating backstory of celebrities, entertainers, recording artists, writers and artists and bringing their audience along for a fantastic ride.

Prince Fleet Easton will be a featured guest on “If These Walls Could Talk” with hosts Wendy Stuart and Tym Moss on Wednesday, June 27th, 2022 at 2 PM ET live from the infamous Pangea Restaurant.

Wendy Stuart is an author, celebrity interviewer, model, filmmaker and hosts “Pandemic Cooking With Wendy,” a popular YouTube comedic cooking show born in the era of Covid-19, and TriVersity Talk, a weekly web series with featured guests discussing their lives, activism and pressing issues in the LGBTQ Community.

Tym Moss is a popular NYC singer, actor, and radio/tv host who recently starred in the hit indie film “JUNK” to critical acclaim.

was born in Akron, Ohio where he made his singing debut at the age of 5. Soon after he began his show business career by appearing in many Broadway musical productions at the Equity Goodyear Musical Theater. He has an extensive background in dance, acting and singing. He studied at American Ballet Theater, Ballet Arts and took master classes at the world-renowned Julliard School.

In 1990 he moved to Florida where he toured nationally starring as Tiny Tim in the national tour of ‘A Christmas Carol’. He also had his own touring show ‘The Fleetexperience’ in the early 2000’s He has appeared in many featured films and the TV series ‘The Cape’, Tom Hanks mini-series ‘The Earth To The Moon’. He was the co-host of the television show ‘Brevard Notes’ in central Florida for several years in the late nineties. Also during that time he was the voice of NASA radio, giving reports on the space shuttle launches. He is one of the founding members of the ‘Brevard Theatrical Ensemble’ that brought classical pieces of literature as well as original pieces to life in a theatrical production. Not only starring in the productions Fleet served as a director, assistant director, stage manager, creative consultant, hair and makeup artist for the company. Fleet was also an original member of the ‘Bel Canto Ensemble’ founded by Miss Beatrice Moore a former soprano with the New York Metropolitan Opera. The ‘Bel Canto Ensemble’ was a group of professional musicians that performed throughout Florida presenting concerts of Broadway, Pop, Classical, and Opera.

Fleet is also a recording artist releasing an inspirational CD in 2004 ‘In His Presence’. In 2006 Fleet made his debut with the Space Coast Pops Orchestra in Merritt Island Florida and has sung with the Melbourne Florida Orchestra. Fleet was also the soloist for Unity of Melbourne for 6 years right before moving to the west coast.

Now living in Palm Springs, California Fleet has devoted his spare time appearing for many benefits, believing that you must give back to move forward. Fleet worked for several years with the ‘Well In The Desert’ feeding the homeless and those in need of a hot meal.  He has performed on the ‘Joey English TV Show’ ‘Joey English Radio Show’ ‘Eye On The Desert’ and ‘KMIR 6 Morning Show’ ‘Pink Lady Presents’ just to name a few. On February 2008 he sang with ‘Musical Chairs’. In 2007 Fleet joined the cast and became one of the stars of the Bella Da Ball Cabaret Dinner Show and was with them for 8 years. He has been the soloist and musical director for ‘Innerfaith Spiritual Center Worldwide now for 12 years. In 2008 Fleet won the Desert Idol competition for Palm Springs California. On June 7th 2009 Fleet made his debut as one of the ‘National Anthem’ singers for the Palm Springs Powerball Baseball team and now is a spokesperson for them. He has also sung the National Anthem for the Empire Polo Club in Indio California. While living in Florida Fleet was a ‘National Anthem’ singer for Michael Jordan’s Blue Ducks Basketball Team and the Florida Marlin’s Baseball Team.

In 2009 Fleet starred in and choreographed the original cabaret show ‘Louche’. In 2010 Fleet teamed up with Mr. Virgil Gibson, former lead singer for the second generation Platters to produce concerts to raise money for charity. Fleet was an original cast member of the original musical ‘The Tin Can’ which made its debut in Hollywood California.

Fleet has been nominated twice for ‘Entertainer of the Year’ in the Coachella Valley. He received ‘Entertainer of The Year’ twice from the city of Desert Hot Springs. In 2012 Fleet received the ‘Touching Lives Award’ in Hollywood California for his humanitarian work along with actress Tippi Hedren and singer Al Jarreau . Donating his time and talent to charity causes, in 2013 he received ‘The Angel Of The Year Award’ and Fleet was named to the Executive Board Of Directors for the ‘College Of Adaptive Arts’ in San Jose California and still is today. A College for adults with mental and physical challenges.

That same year he was one of the stars of the web series ‘Room For Rent’ In 2014 he was the opening act for the ‘Spirit Of The King’ show from Las Vegas starring Mr. Steve Connolly. In 2014 he received the ‘Call To Service’ Award from President Barack Obama for his volunteer work. In 2015 he received the ‘Lifetime Achievement’ Award from the White House. Fleet is also known as ‘The Prince of Palm Springs’ and was crowned on January 17th. 2016 by HH Prince Mario Max Schaumburg-Lippe. The Prince also presented him with a Proclamation from the Royal Family naming him ‘Legendary World Entertainer for 2016’

Humanitarian Award and named ‘Entertainer Of The Year’ On May 9th. The Prince was honored by being ask to sing at the Ronald Reagan Library.

On July 27th. 2019 Prince Fleet received the ‘All Men Rock’ Entertainer-Humanitarian Award and named ‘Entertainer Of The Year’. On October 5, Prince Fleet was once again honored when asked to sing for the opening dedication along with Mr. Gary Sinise of the new Caliberium at the Los Angeles Cemetary for the United States Government and the Military.

On November 11th. 2019 Prince sang for the Veterans Day and the rededication of the Los Angeles Coliseum’s 100 Anniversary.

On April 2th. Prince Fleet received the International Inspirational Award for 2022 from the S.I.M.A based in London England. This award was given to 100 people throughout the world. He also named an Ambassador for the organization.

Prince Fleet can soon be seen in the feature film ‘Hashtag Blessed’ and heard in the soundtrack of the movie. Singing the original song ‘Why Can’t Christmas Be Here Everyday.’

Prince Fleet can be also be seen in the new action film ‘Team Of Two’ as Detective Harris.

Prince Fleet has now released a single, a inspirational anthem relating for the Ukrainian War titles “We Will Carry On’.

Watch Prince Fleet Easton on “If These Walls Could Talk” with hosts Wendy Stuart and Tym Moss on YouTube here:

Subscribe and listen to “If These Walls Could Talk” on Apple Podcasts/iTunes here: 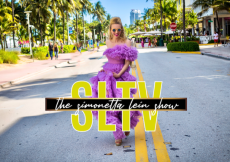 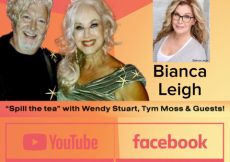 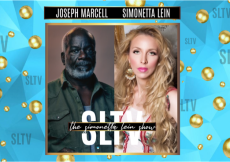 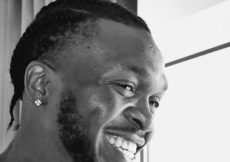 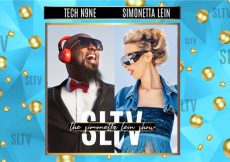